A savvy businesswoman has revealed how she managed to build a fashion firm now worth a whopping $47 million while keeping it hidden from her parents for two years.

Australian fashion guru Jane Lu started Showpo, formally Showpony, in 2010, selling clothes online, but her parents thought she was working as an accountant at a well-known firm.

Jane’s parents Queenie, 61, and Frank Lu, 67, were migrants from China and worked as cleaners in Sydney after arriving in the country when Jane was eight years old.

But they had high hopes for their daughter who worked at Ernst & Young, a large, reputable accountancy firm in Australia, and Jane didn’t know how to tell them she hated it. 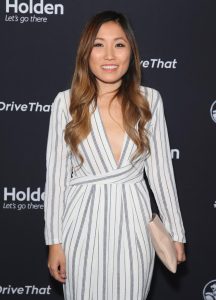 They only found out when she surprised them by paying off their mortgage, and even buying them a car, when her company suddenly boomed.

Until then, she would sit next to her mum on the bus each morning pretending to go to her accounting job.

“I would put on my suit every day. I would get the bus into the city with my mum. And I was carrying around the empty laptop bag … I was definitely questioning my life decisions a lot back then. But there was no going back,” Jane told the Australian Financial Review-produced podcast How I Made It.

Realizing that she couldn’t “do this [job] for the rest of my life,” Jane jumped at the opportunity in 2010 when a friend suggested they start a business selling clothes from a pop-up stall.

So she quit her job and maxed out her credit card to buy stock, and stuffed clothes in a garbage bag she hid at home with her parents.

After a slow few months, Jane had a light bulb moment and decided to launch a Facebook campaign which instantly helped boost her reach.

In the space of one month, Showpo reportedly shot from 3000 to 20,000 followers, and by 2012 Jane moved out of her parents’ garage and into a warehouse.

Up until this point, she still hadn’t told her parents, but by then, she was making enough money to support them too.

She was able to pay off their mortgage and buy them a car, which made them finally accept her successful career path.

Today, Showpo has 1.8 million followers on Instagram, 1.3 million on Facebook and 95,700 on its newly launched TikTok page.

Jane, who is now married with a child, is regarded as one of Australia’s most successful self-made businesswomen.

The clothing website reportedly turned over a huge $63,853 million in 2019 alone, and she’s made the AFR’s Young Rich List every year since 2017. 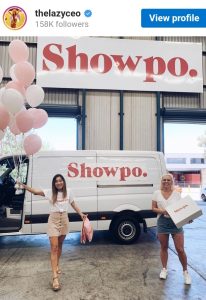 Despite her millions, Jane remains humble and married the man of her dreams in a bargain $222 dress from her Showpo wedding collection.

Jane Lu still pinches herself every day because of what she’s been able to achieve – although impostor syndrome is still very much alive.

“‘You need to be able to stop pushing the goalposts every time you reach one,” she said. “You’ve got to tell yourself not to overthink it. That’s what I tell myself every day – stop thinking!”

“Who I choose to love doesn’t make me less black” —…

“Most Black males in prison come from single…