‘We will live together, have kids, have joint accounts, but we will not get married – BBNaija Tega lists what she wants in a man

Former Big Brother Naija housemate Tega Dominic has set tongues wagging after she made a disclosure about her kind of relationship on Twitter.

Tega, who had sparked outrage following her shenanigan with fellow ex-housemate, Pere Egbi during their season took to Twitter and she shared a list of what she expects from her potential lover.

The controversial former Big Brother Naija housemate had earlier opened up on how she deals with trolls. 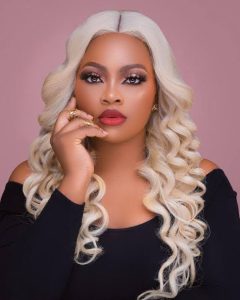 The single mother of one believes that she’s better than anyone hiding behind their keyboards to attack her, adding that she handles trolls by laughing at them.

She also recounted a period when her management tweeted that her mental health was being affected and she was not comfortable with it.

According to Tega Dominic, that tweet was false and her posts were a reflection of how she felt during that period.

Tega Dominic made these statements on her talk show, ‘The Pandora Show’. She said, “There was a time my management made a tweet about my mental health being affected. When I read that tweet, I said to myself, ‘Me, mental health? Where is my mental health going? How did it happen?’ I told them (management) that they didn’t show me before tweeting. They said it was because they knew I would not allow them to put out the tweet. They said at that time it was the best idea to go through.

“Sometimes, I don’t forgive myself; I feel like fighting myself for that single tweet. I cannot be saying something that is not real. Anything I tweet is how I feel at that moment. I don’t think I can say I am emotional when I am not. It’s not possible.”

My husband drugged me every night before r@ping my niece – Wife of Lagos doctor, Femi Olaleye tells court

Cheating women are moved by sight as well as words

No respect for deadbeat or absentee Fathers says Toke…