Mariah Carey is allegedly planning to petition for the primary custody of her 11-year-old twins with Nick Cannon.

The two celebrities first met in 2005 and tied the knot in 2008 after a few weeks of dating. Cannon filed for divorce in 2014, according to Brides, and his split from Carey wasn’t finalized until 2016.

“The reality of the situation is that Monroe and Moroccan are usually with Mariah anyway. Nick doesn’t see much of them,” a source told Radar Online in a story published Jan. 10.

Reportedly, Carey wants to do what’s best for her children while remaining amicable with the Wild’ N Out host, despite Cannon’s attempts to see his eldest set of twins as much as possible. 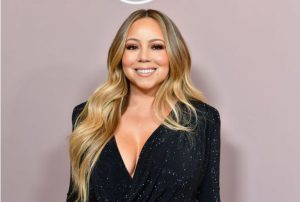 “But she wants to put him on notice that he can’t just flit in and out of their lives while he attends to his other children. And she wants legal standing as the twins’ primary caregiver,” the insider said of Carey’s intentions.

On an episode of Paramount+’s The Checkup with Dr. David Agus, Cannon admitted managing his time across his work and kids is a difficult balance.

“Being a father of multiple kids, it’s always the biggest guilt on me is that I don’t get to spend enough time with all my children,” he expressed. “One, ’cause I’m constantly working, and two, because I’m just spread thin.”

Keke Palmer has epic baby shower ahead of son’s arrival

Catholic bishop steps down after falling in love with…