Woman Gets Trolled Because Her Husband Is Hotter Than Her

A woman has been receiving negative comments about her appearance because her husband is considered more attractive than her and she’s taken to the Internet to talk about the experience.

A woman from the UK named Hazel McBride, 29, has recently spoken out via TikTok about the negative comments she has received online due to her husband being considered more attractive than her.

The couple, who have been together for several years, have been the subject of cruel taunts and insults on social media, with many people suggesting that Hazel must have “settled” for her husband or that he must have some hidden flaw.

In one clip, she gazes at her husband with glasses and no makeup. The voice-over says, “When are we gonna see insanely hot men with average-looking women?” 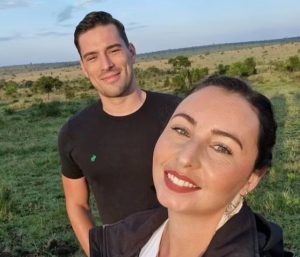 The video came after a Canadian influencer shared a video of her toned husband and was told that he must have a “fat fetish” to continue to stay with her.

Hazel McBride, however, is not letting the trolls get to her. Although they came for her in the past, she shares that other people told her she was pretty.

As the comments rolled in, people wondered if they made Hazel self-conscious. She wrote, “Nope! I am so secure in our relationship and in myself.”

Someone cruelly wrote, “He is literally doing charity work by being with her.”

One user wrote that her husband may “cares about inner beauty instead of looks.”

Hazel quipped that his personality is average while hers was ‘banging’.

But people defended her in the comments.

One pointed out that “When a man calls himself average he is being humble or funny but when a women does it, it is fishing for compliments?”

The recent video is part of a TikTok trend where relatively unglamorous women take to the platform to declare how proud they are of their more attractive-looking partners.

“As long as he gives me money, I don’t care if he’s old” – Teenage actress, Mercy Kenneth

“I’m a single mom who wears a fake wedding ring,…

58-year-old woman arrested for beating her husband’s side…