By Kate Last updated Nov 4, 2017
4
Share
Experts have called on Nigerians to shun the culture of early marriage and child bride as it leads to future psychiatric issues.
The call was made at the ordinary general meeting and scientific conference of the ARD, FNPH held in Yaba, Lagos. 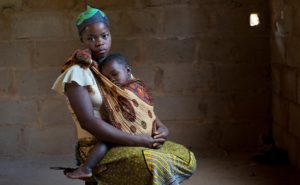 The theme of the event which had an interactive session with members of invited secondary schools, practitioners and guest speakers was ‘Child marriages, the psychiatric consequences, and sub-theme of the media and psychiatry, proper reporting practices for mental illnesses’.
Highlighting the dangers of early marriage, Dr.Grace Ijarogbe, a specialist child and adolescent psychiatrist highlighted the psychiatric and societal problems associated with child bride and child labor.
“It is very disgusting for the child, to leave home at that age, most children are just getting accustomed to their family some are still forming their bonds and ties with their siblings and other family members, and so when they have to be uprooted from this family and have to be joined to strange family, it is very disgusting to them.”
”A lot of child bride are afraid of their spouse, they are dominated in their new environment and they forced to do so many things that they don’t do in their family. Because the main reason why people have decided to go for the child bride is because they believe they can bend these children emotionally and psychologically against their will and they waste no time to bend these children to their will. This means that her value needs to change, her views needs to change everything needs to change to suit the new culture where she is married.”
Marriage is difficult enough for an adult who have acquired enough intelligence, social skills but for a child who doesn’t know anything and all that, most often, it is done by cohesion, a slavery kind of cohesion.”
Early marriage robs girls of their future dreams.
Early marriage costs girls their lives in some cases.
Early marriage leaves girls at the mercy of men who treat them like possessions.
Advertisements
Child BridesEarly MarriageMarriagesNigeria
4
Share

Bimbo Akintola’s promise to herself will inspire you

10 ways to have the wedding of your dreams without overspending

Roz Brewer is the only Black woman leading a Fortune 500…

Women don’t exist to please men, raise them or fix…

Side chic and her married lover’s wife clash

How else do we teach Nigerian men that rape is not a joke?