No thanks to incompetent parents who find nothing wrong in perpetuating a disempowering culture.

A culture that reminds girls that they will one day be wives, but fails to remind the boy that he will be a husband, too.

When a girl wakes up and does not sweep, she is reminded that “shey na like this you go do for your husband’s house” but no one tells the boy who doesn’t sweep the same.

When the girl complains of being too tired to cook because of stress at work, she’s reminded about starving her future husband but no one tells the boy who is at home since morning doing nothing to go cook for the house.

The girl grows up, becomes a woman, well trained and ready for marriage and all she meets is an untrained boy in a man’s body. 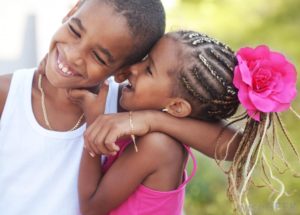 Our society is one where men are seen as superior to women. The boy child is taught to be a man.

When a boy cries, he’s mocked as behaving like a woman. “Real men don’t cry” was the message of the gods.

Boys are taught to bottle up emotions. They learn this for many years. Now he’s grown, ready for marriage and his girlfriend is confused on how to get him to express himself to her.

He’s hurting but he can’t pour it out because he has been taught that expressing hurt is the characteristic of a woman.

The girlfriend tells him to tell her anything and everything and he’s now trying to unlearn what he’s used to.

And sadly, he’s interrupted and judged by the girlfriend, ergo, learning a new message that “my parents are right after all.

Real men don’t show emotion or express feelings”. Mother taught him for 20, 30 years to bottle emotions and you are trying to teach him within 6 month or one year to pour out emotion.
He’s trying to do what you say, yet you start judging him. He will return to status quo.

The boy is taught he is the breadwinner of the family; that he is the sole provider of the house. And that’s his only job.

And as the breadwinner, he should demand for sex whenever and however he wants, he should lord it over a woman, a woman should not be richer than him and so many related chauvinistic lifestyles.

Even though these are sometimes taught unconsciously, he’s now grown and ready for marriage with this mindset without any respect for womanhood.

That’s three. There are many instances but let me stop there.

See ehn, it is time to raise every child with the realities of what is on ground in this century.

We are no longer in the stone age where our fathers go to the farm, do heavy work and our mother’s only contribution to the house is home keeping.

Things have changed. Women work these days, contribute to the family; some, even much more than the man does. Therefore, the man isn’t really the breadwinner.

With the realities of the 21st century and seeing how disempowering some of the cultures are to humanity and how women have been subjected to nothing, many women empowerment programs have sprung up raising their voices to give women freedom from traditions that have put them in bondage and helping them build healthy esteem and identity.

While these should be applauded, we are not seeing the dangers of neglecting the boy child.

My argument has always been after empowering this girl, she will grow and become a strong woman in a world filled with disempowered, broken, battered and insecure chauvinists who think they are doing the best and frankly, are doing the best with what they know.

When these and more are done, we would have a balanced world.

Why do many men find it hard to tell their wives they love them?

Alyssa Scott Is At Peace After Son Zen’s Death amid…

Kylie Jenner breaks Instagram record as she becomes the…