10 things you should know about women in Kenya

In Kenya, women have little opportunities to obtain decision making roles in the government, despite a gender rule in the 2010 constitution, which further sets women back.

Before colonial rule, women in Kenya played important roles in the community, from raising and bringing up children to working on farms and in marketplaces.

Under colonial rule, women became increasingly unimportant to the economic system, and their powers and influence soon faded from the public sphere.

Despite this, some women such as Mekatilili wa Menza and other women including Muthoni wa Kirima who was part of the Mau Mau uprising fought alongside men during the campaign for independence and are acknowledged in the country’s long history for their contributions.

After Kenya gained independence in 1963, women have still faced issues relating to sexism and have not been given many opportunities in sectors such as education except for a small number of young women.

Women in Kenya still face many problems such as child marriages, female genital mutilation, arranged marriages, lack of education as well as the AIDS epidemic.

Although Kenya still has a long way to go in hearing the plight of women, there continues to be an improvement in financial, social and economic inclusion within the country at different stages ranging from dialogue, policy implementation, representation and so forth. 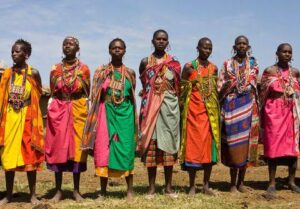 Here are 10 things you should know about women in Kenya:

1. The main functions of women in most pre-colonial societies of Kenya were related to farming, child care, maintenance of the household, market vendors, and caring for their husbands, if married.

2. There were a few matriarchal societies, but the power structures often favored men. In a few societies such as the Akamba and the Nandi, women could marry women, often to protect them after their husbands died, or they discovered they could not bear children. In such settings, a woman would marry another woman and have children with a man of her choice.

3. The lives of Kenyan woman changed significantly under colonial rule from 1888 to 1963. The colony was primarily used for the purpose of establishing cash crop plantations owned by white settlers and staffed by Kenyan laborers. Under this system, the role of women became increasingly marginalized, and Kenyan women began losing autonomy in the family unit.

10 Salient Questions About Women And Girls In Kenya Answered

4. When Kenya gained independence in 1963, a few young women were able to attain education because of parents who became involved in religious mission activities since the Colonial era. Many of those who were not able to obtain education in schools, even those who were only 12 years old, were “married off”. 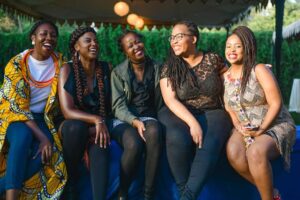 5. After Kenya gained independence, although there was access to education, it was difficult for Kenyan children, especially girls, to receive a formal education simply because parents did not find it necessary to send their daughters to school.

6. By the 1990s, almost 50% of the students attending primary schools in Kenya were girls. This large jump occurred over time due to Kenya’s independence and the development of easier accessible public primary schools throughout Kenya.

7. Kenyan women’s rights to own and inherit property are challenged, threatened and suppressed by customs, laws, and individuals, such as government officials. Many leaders, both of the nation and individual households, believe women to be incompetent to manage land. When women are widowed, they are often evicted from the lands and houses on which they reside, as they belonged to the husband, and women are not given any rights to the land.

8.Throughout Kenya, there is also a common practice of “wife inheritance” where, after the death of their husbands, widows are raped by an outsider to be considered “cleansed”, and then are taken as the wife of one of her late husband’s family members.

This is often done in polygamous families, so the wife will have unprotected intercourse with a stranger and a man with multiple other wives who also do not use protection.

9. It was just in the 2017 elections that three women were voted into the Governors seat for the first time. The elected governors were Joyce Laboso for Bomet County, Anne Waiguru for Kirinyaga County and Charity Ngilu for Kitui County. 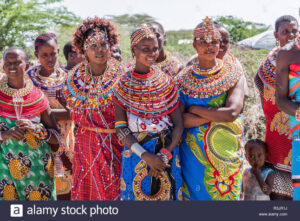 10. Women who are subjected to domestic violence often have a difficult or impossible time negotiating condom use, and then have higher risks of  unwanted pregnancies, and sexually transmitted infections (STIs), including HIV.

Grassroots activism is an important social force in Kenya, especially for women and is not just a modern phenomenon. Campaigns led by Kenya women have included issues such as FGM, women’s political participation and gender-based violence.

Widows are entitled to none of their husband’s estate or assets when they die, so these women are often left virtually powerless under the rules of their in-laws.

Often the in-laws feel entitled to do whatever they will with their late sons wives, as they consider the dowry paid for the marriage to be an act of purchasing the woman.

Divorced women in Kenya often leave marriages with no property or items at all. It is common for them to return to live with their parents.

Widows and separated women with HIV in Kenya often have a hard time receiving medical care, as they have no health insurance and no means of income, especially when their lands and all their possessions are taken from them.

10 salient questions about women and girls in Kenya answered

Are there still husband materials these days?

The importance of having an identity outside your…