A young lady has revealed how her boyfriend wanted her to clean his dirty house on her first visit after they planned meeting for months.

“I was in my late 20’s at the time and in a relationship. It would be my first time to visit him as he lived in another state. Date was fixed and we were excited as the date approached.
We couldn’t wait to see each other again after several months of just phone conversations. Although we didn’t discuss about where I would be staying during my short visit but I came prepared.
He was at the Airport to pick me up and we were headed to his place. It was a beautiful apartment in a reserved neighborhood.
Immediately he opened his front door, there was this smell that didn’t sit well with me. I knew it was not a place I would like to spend even the next thirty minutes.
Advertisements
The house was messy. The curtains looked like they have never been washed and the same was the seater. I stepped into the kitchen and plates from days ago were piled in the sink, even the trash bucket was filled.
Being a sensitive person, I didn’t even try to get to the bedroom to use the toilet because I needed to take a leak badly. If his sitting room and kitchen were that dirty, the bedroom and toilet would be an eyesore.
I asked that he took me to a good hotel around. His countenance changed, but I didn’t care. It was supposed to be a 3-day visit, but I couldn’t wait to leave town the next day. 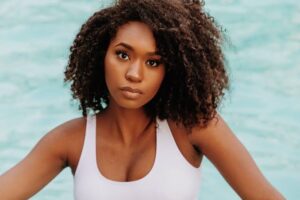 Nothing turns me off like an unkempt house. I lost interest in whatever we shared almost immediately I stepped into his apartment. It had everything to do with his level of cleanliness for me.
Later that day, he told me he expected that I would tidy the house, and how it is a woman’s responsibility to keep the house clean as men are always busy. He was actually excited for my visit because his house would get a feminine make over. What a mindset!
I did not dignify him with a response because it dawned on me I was in a relationship with the wrong person. How can you live, eat, sleep and wake up in a house all by yourself, yet wait for me to visit and clean your house because I’m your girlfriend?
It was not an impromptu visit, we planned the visit. He had weeks to prepare and make his house habitable if he had little shame or respect for me, but he chose to think that being a man is about waiting for a woman to come clean after his mess.
It showed the level of disregard he had for me. It’s this type of men who would use the toilet and not flush, and if the wife complains, he would argue that it is her responsibility.
If you like keep your house clean or leave it like a pigsty, sleep, wake and eat in the heap of your mess while expecting your visitors to do the cleaning for you. People like me will not even stay around you a second.
It doesn’t matter how much I love you, how you take care of where you lay your head, cook and bathe matters a great deal to me. Dirtiness is a huge turn off for me.
If you don’t have the time to clean your house, hire a cleaner to do it for you, it doesn’t cost much. Your visitor is not the person to clean up your mess, they should be able to leave your house like they met it or better.”

Seyi Shay says many men are scared of successful women