It seems Rihanna had dropped social media influencer Ari Fletcher as a Savage X Fenty brand ambassador after her controversial comments about domestic violence went viral a few weeks ago.

In late December, Ari Fletcher appeared on a podcast where she spoke up about her relationship with rapper MoneyBagg Yo.

During the conversation, she shared that she wanted him to “pull a gun on her” to show her how much he loved her if she tried to leave him. 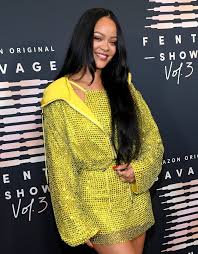 “Like, pull your gun out and show me like, ‘B*tch leave. I wish you would walk out the door,” she jokingly said.

After her comments went viral, people on social media were quick to condemn her. They jumped in to defend domestic violence victims and called Ari out for such ignorant statements. 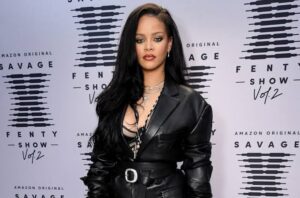 And the backlash didn’t just come from music fans, but from those who work on behalf of domestic abuse victims alike.

But, instead of apologizing, Ari took to the internet and doubled down on her comment, telling the social media critics to mind their own business and stay out of her love life. Even going on Instagram Live to tell victims that “we do not care.”

Fast forward to this weekend, and it looks like Rihanna has taken action against the social influencer, removing all instances of Ari from the Savage X Fenty website which led fans to speculate that the personality has lost her brand partnership deal with the brand following her controversial statements. 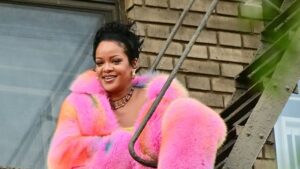 Meanwhile, Rihanna is remaining unbothered as she’s getting ready to open up her first retail Savage X Fenty store in the U.S.

The billionaire took to Instagram to give fans a sneak peek of what’s to come. “2022, we coming in HOT! we bout to bring you a whole new #SavageXFenty experience with the launch of our brick-and-mortar retail stores,” she captioned the IG pic.

This is the best revenge against your haters