Earl Simmons, better known as the rapper DMX, died Friday at White Plains Hospital in White Plains, N.Y., according to a statement from his family.

The rapper was hospitalized on April 2nd after suffering an apparent drug overdose and subsequent heart attack at his home in White Plains, New York.

He had been on life support for the past few days following a heart attack. He was 50 years old.

“Earl was a warrior who fought till the very end. He loved his family with all of his heart and we cherish the times we spent with him,” the statement said.

“Earl’s music inspired countless fans across the world and his iconic legacy will live on forever. We appreciate all of the love and support during this incredibly difficult time.”

DMX had a signature rasp to his voice. He delivered his lines with a desperate aggression that propelled his debut album, It’s Dark and Hell Is Hot, to multiplatinum-level sales.

He followed it up with a string of chart-topping albums that included songs such as “Party Up (Up In Here).” His rise in music also gave way to acting in movies such as Belly, Romeo Must Die and Cradle 2 the Grave. 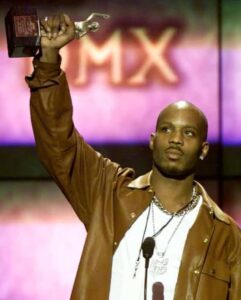 DMX was born Earl Simmons in Mount Vernon, N.Y., in 1970. He told the podcast People’s Party With Talib Kweli that as a child he suffered from asthma that would keep him awake at night.

In his 2003 autobiography, E.A.R.L: The Autobiography of DMX, he wrote he was abused and neglected by his young mother. He ended up living in a children’s home.

When he was 14, he told Kweli a mentor of his tricked him into smoking crack. He struggled with drug addiction for the rest of his life.

DMX was a devout Christian, and he would end his live sets with a prayer. In a 2019 interview with GQ, he talked about being so overwhelmed after shows that he would need a private moment of his own to pray.

“I just take a minute for myself and just, I thank Him, I praise Him. And I’m like, ‘Thank you, thank you.’ I’m like, ‘Who am I to deserve this?’ We all bleed the same blood.”

DMX began rapping in the early 1990s and released his debut album It’s Dark and Hell Is Hot in 1998, to both critical acclaim and commercial success, selling 251,000 copies within its first week of release. 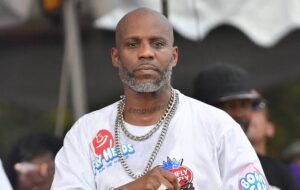 DMX was the father of fifteen children. He married his childhood friend Tashera Simmons in 1999 and they were married for eleven years. They had four children together (Xavier, Tacoma, Praise Mary Ella, and Sean).

In July 2010, after his first of three incarcerations that year, Tashera announced their separation. DMX maintained that the two remain friends.

His fifteenth child, Exodus Simmons, was born to his girlfriend, Desiree Lindstrom, on August 16, 2016.

DMX had spoken openly about his addiction to crack cocaine which began when he was 14 years old after he smoked a marijuana cigarette laced with the drug. He also said that he had bipolar disorder.

On February 10, 2016, DMX was found unresponsive in a Ramada Inn parking lot in Yonkers. He was resuscitated by first responders and given Narcan before being rushed to the hospital.

A witness said he ingested some type of substance before collapsing, but police found no illegal substances on the property. DMX stated that it was from an asthma attack.

“Woman, your work is your first husband” says…

7 health benefits you can get from eating goat meat