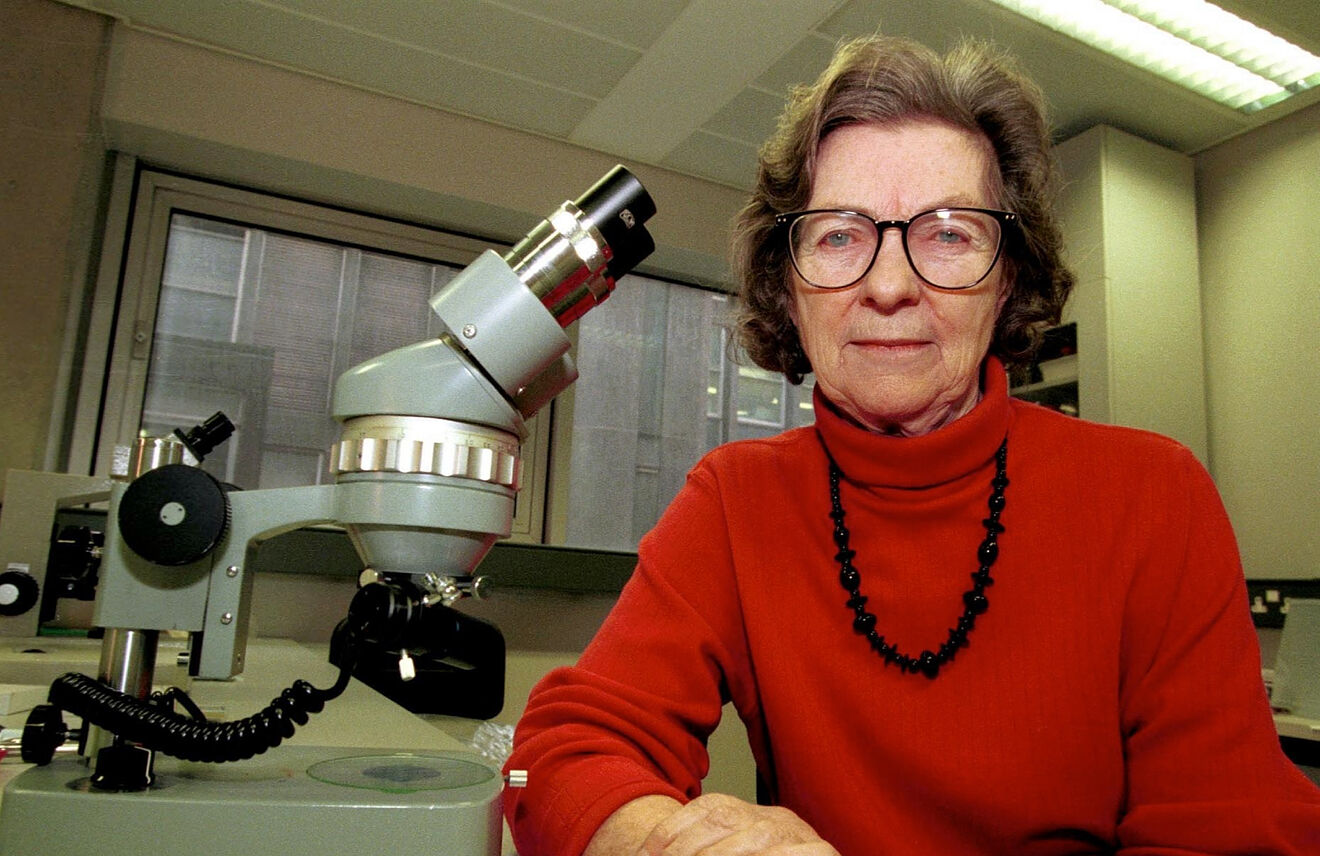 On Monday April 26, 2021, Google Doodle marked the 94th birthday of scientist Anne McLaren whose work in the 1950s laid the foundation for in vitro fertilization technology. Using mice as research subjects, she helped show it was possible to grow healthy embryos outside the womb.

Born in London on April 26, 1927, McLaren said her small role in the 1936 H.G. Wells sci-fi movie The Shape of Things to Come was an early inspiration for getting into science. She went on to study zoology at the University of Oxford.

Her IVF research with colleague John Biggers led to “one of the most significant papers in the history of reproductive biology and medicine” in 1958 and would be applied successfully on humans 20 years later.

That paved the way for a huge part of the way modern research on mice, and other animal models, gets done. Scientists can study an embryo growing in a petri dish in much more detail than one growing in a mouse uterus, and they can also more easily select embryos for the specific traits or genes they want to study.

McClaren’s work also laid the basic foundation for in vitro fertilization (IVF), the procedure that fertility clinics use to grow human embryos in a medical lab and then implant the embryo into the mother’s uterus.

It took about 20 years for other researchers, using McClaren and Biggers’ technique as a starting point, to develop the rest of the knowledge and technologies required to make IVF work, but in July 1978 a British woman named Lesley Brown gave birth to a daughter named Louise.

Louise had been conceived in a petri dish in the lab of physiologist Robert Edwards, whose team implanted the embryo in Lesley Brown’s uterus shortly thereafter.

In 1991, she became the first woman ever to hold office in scientific institution the Royal Society, and in 1994 she was elected president of the British Association for the Advancement of Science. She died in 2007 at age 80.

Anne McLaren and her former husband Donald Michie (aged 83) were killed on 7 July 2007, when their car left the M11 motorway as they travelled from Cambridge to London.