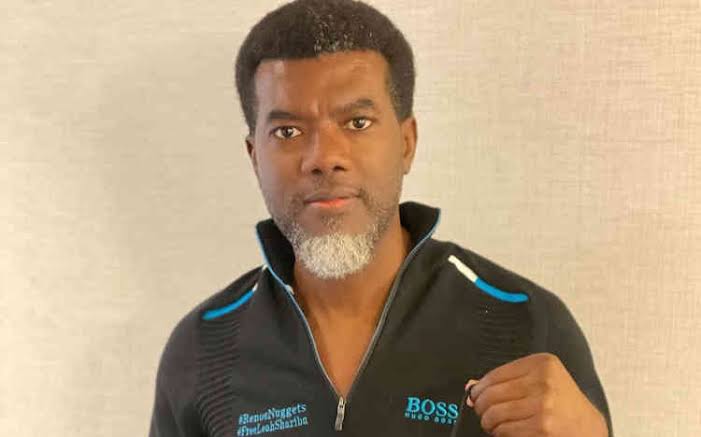 Reno Omokri has responded to the backlash he received after bashing single mums on social media.

On Monday, May 10, the former presidential aide says he has no sympathy for single mums who were not raped or widowed.

Celebrities like BBNaija star Bisola Aiyeola and Broda Shaggi tackled him for the post they considered insensitive. Bisola reminded him that single mothers don’t rate him at all so they don’t need his sympathy.

Broda Shaggi asked what about women who left abusive marriages. He asked if they are meant to endure abuse until they die in the marriage. He added ‘No disrespect to anybody’s opinion’.

Responding via his Instagram page to the criticism, Reno wrote that most of the male prisoners are from single mothers.

”Yesterday, I said unless she was raped, widowed, or escaping an abusive husband, I have no sympathy for single mothers. Some people took offence. Single motherhood is devastating the Black Race.

It may be convenient for you. But is it convenient for your child? 78% of all babies born to African American women are born by single mothers. In New York, more Black babies are aborted than are born. No other race has such SHAMEFUL statistics.

If my sexual purity teaching annoys you, I invite you to visit the motherless babies home God helped me build, to see the effects of premarital sex. The Black world should stop pretending this is not a challenge. No other race has such an abysmal rate of single mothers. ‘

Most Black males in prison come from single mothers!”he wrote.

I still maintain that Reno Omokri should leave single mothers alone and face his life issues. These women are not to blame for staying to take care of their children. He should come hard on absentee and runaway fathers who abscond from their fatherly responsibilities.