20 things you should know about supermodel Naomi Campbell

Supermodel Naomi Campbell announced on Instagram today that she is now a proud mom of a baby girl at age 50.

While the Internet is abuzz with this surprising news, there’s no better time to get to know this woman who many describe as a successful model.

Here are 20 things you should know about Naomi Campbell:

1. Naomi Elaine Campbell was born on May 22, 1970. She was born in Streatham, South London to Jamaican-born dancer Valerie Morris.

2. She is a British model who was discovered at the age of 15. She has established herself amongst the most recognisable and in demand models of the late 1980s, the 1990s and the earlier 2000s including modern day.

3. Campbell was one of six models of her generation declared supermodels by the fashion industry and the international press.

4. In accordance with her mother’s wishes, Campbell has never met her father, who abandoned her mother when she was four months pregnant and went unnamed on her birth certificate. She took the surname “Campbell” from her mother’s second marriage. 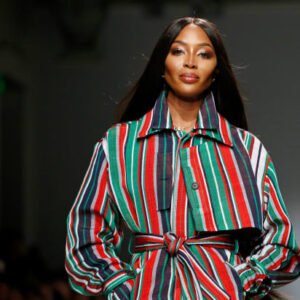 5. Campbell spent her early years in Rome, Italy where her mother worked as a modern dancer. On their return to London, she lived with relatives while her mother travelled across Europe with the dance troupe Fantastica.

6. Despite her status as the most famous black model of her time, Campbell never earned the same volume of advertising assignments as her white colleagues, and she was not signed by a cosmetics company until as late as 1999.

7. Campbell has been convicted of assault on four occasions, after she was accused eleven times of committing acts of violence against employees, associates and other individuals between 1998 and 2009.

8. In 1999, Campbell entered rehab after a five-year cocaine drug addiction and alcohol addiction.

9. Since 1999, Campbell has released 25 fragrances for women via her eponymous perfume house, under the Procter & Gamble brand.

10. Naomi Campbell is involved with several charitable causes. She supports the Nelson Mandela Children’s Fund for which she organised a benefit Versace fashion show in 1998. 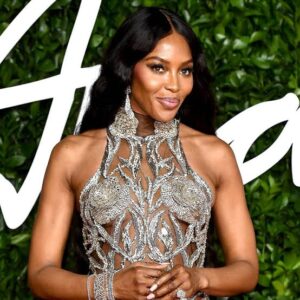 12. In 2005, Campbell founded the charity We Love Brazil, which aims to raise awareness and funds to fight poverty in Brazil through the sale of fabrics made by local women.

13. Campbell has received recognition for her charitable work. In 2007, she was named an ambassador of Rio de Janeiro by mayor Cesar Maia in recognition of her efforts to fight poverty in Brazil.

14. In 2009, she was awarded Honorary Patronage of Trinity College’s University Philosophical Society for her charitable and professional work.

16. From 1998 through 2003, she was in a relationship with Formula One racing head Flavio Briatore. She became engaged to him before breaking off the relationship. 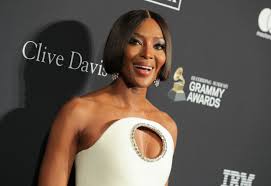 17. Campbell appears in the alleged contact book and in flight logs of late American financier and convicted sex offender Jeffrey Epstein as well as in photographs with Epstein and his associate Ghislaine Maxwell.

18. In February 2021, Campbell was a signatory on an open letter decrying Ghana’s stance on gay rights.

19. Since 2007, Campbell has been the honorary president of Athla Onlus, an Italian organisation that works to further the social integration of young people with learning disabilities.

20. Campbell is of Afro Jamaican descent, as well as of Chinese Jamaican ancestry through her paternal grandmother, whose surname was Ming.

4th wife stabs husband to death for impregnating another woman

10 issues Nigerian women deal with in marriages because they…