Joy Iweka, a mother of two brilliant teenage girls in the United States shared part of her inspiring story with her Facebook friends.

“I often say that tribulation was by the door waiting for my entrance into this world. A Biafran war baby, I wasn’t wanted and I knew it. I was constantly reminded in subtle and not so subtle ways.

This was made even more evident by the many levels of abuse and neglect I endured in childhood, the aftermath of which I continue to struggle with even in adulthood.

One of the things that kept me going was the hope of finding that love and acceptance that had eluded me all my life, so when I graduated university with a degree in Economics and got married to a pastor I met in my local church, I thought my life was only going to get better from then on. 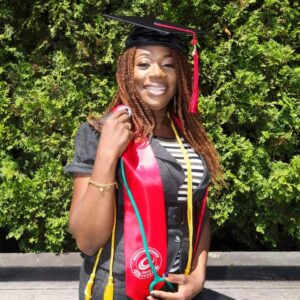 But it appeared that fate had more cruelty in store for me. Seven years later, bruised, broken and replete of self-worth, I fled to the U.S.

I was afraid and lonely but no longer alone; I had two young children who looked up to me for every basic need. I had to find a way to survive and to thrive for their sake.

Relocating to a new country where I had absolutely no help was hard. Raising two young children alone was even harder and surviving an ex husband who was hell bent on destroying me was near impossible.

As if that wasn’t enough, fate threw me another curve- I was diagnosed with a brain tumor.

I decided I would fight, not just for myself but for my children. I had told God in many of my fellowships with him in my early adulthood ,

“If you won’t keep me alive to raise my children, don’t give me any.”

I had suffered too much as a child without a mother’s love, I forbade that for my children. So when my first daughter came, I took it as a sign that God honored my request and then my second child came along. 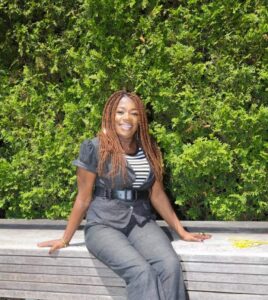 I’m staring my brain tumor prognosis in the face, shaking my head and telling God, “This was not the plan,”throwing many temper tantrums at him as I struggle to come to terms with my diagnosis.

As I journeyed through life in a strange country, raising two children alone amidst a fragile health, so many bad things happened in between including a deportation episode.

I have chosen to celebrate that I have bagged a nursing degree whilst juggling motherhood, a challenging health situation and a full time job. It wasn’t easy, but giving up was not a better option.

I will be launching my book come August. In my memoir I have told my story unabashedly, holding nothing back. I have given a full account of my struggles and my victories.

I have bared my life and chosen to be vulnerable just so my readers can find strength with my journey. I hope it does just that.”

Ladies, where do we draw the line between giving guys gifts…