Two women have been rescued after they were kidnapped by body parts dealers when they went to Port Harcourt in search of jobs.

The women were kidnapped during the week by two men in a bus and taken to a forest. While there, they had to watch others whose families couldn’t pay ransom get killed.

The women, named Blessing and Praise, were stripped after they arrived in the forest and a naked photo of them was taken and sent to their family members from the forest, with the threat that they will be killed if they do not pay the ransom of 5 million Naira.

They were slated to be killed yesterday, May 28. In desperation, the nude photo was shared on Twitter and the state governor and the police were tagged as Nigerians begged them for help in rescuing the girls.

Thankfully, the women, who are from Delta state, have now been rescued.

Israel Joe, a Niger Delta activist, who raised awareness about the women’s abduction, said the kidnappers later took pity on the women and brought their ransom down to 200,000 Naira after negotiating. 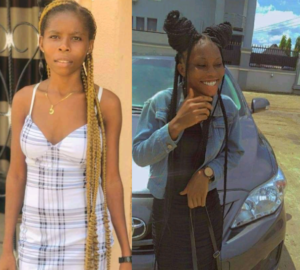 Social media users made donations and the women were released after the money was received by the human parts dealers.

After their release, the girls were taken to the hospital for treatment as they had been starved and beaten.

“Today 28th May, 2021 is a remarkable day for me as we rescue two Deltans from the hands of kidnappers and ritualists who deals on selling human parts in Port Harcourt.

Blessing and Praise went for job hunt in Bayelsa and were told there are employment chances in Port Harcourt which they quickly went.

On getting there, they entered into a Keke bus, two guys in the bus bailed them up and carried them into the thick of the forest to some particular destinations not known to them. When their families and friends couldn’t got across to them till yesterday, panic set in. Only for them to receive calls from their lines demanding either 5 million naira or selling their body parts to get it.

It was a rude shock but nothing anybody could do being that a video of the woman who escaped same ritualist and kidnappers in the same location in Port Harcourt was already viral on the internet. The families turned to God for rescue.

The ritualists had stripped them naked and even killed other persons under their nose but were somehow still negotiating with their families when body parts of others were already sold.

Blessing’s friend had called me in the morning asking me to help on any frontier. I was speechless and helpless at the same time. had rushed to Twitter to tag Gov Nyesom Ezenwo Wike – CON, Presidency, President Buhari, Police authorities and everyone I felt could help. I couldn’t bring it to Facebook because of the disturbing nude of the girls. A Christian sister Vivian was doing all she could in Port Harcourt sfter retweeting my tweet.”

15 things you should know about Dr. Stella Adadevoh, the…

No child will ever suck my bre*sts says Nollywood actress…

CS Farida Karoney shares how she received news of her…