“This relationship is over,” 90 Day Fiancé star Angela Deem told Michael after complaining of him not being supportive during her weight loss journey.

Controversial 90 Day Fiancé star Angela Deem dumped husband Michael Ilesanmi after attempting to hack his phone, and TLC fans are disgusted and calling her out for being a narcissist.

All has not been well between Michael and Angela after she decided to get weight loss surgery and he insisted on having a baby instead, so much so that Michael interfering into Angela spending her savings on plastic surgery was also mocked by fans.

However, Angela has again turned into the villain of her own story after breaking up with Michael on 90 Day Fiance: Happily Ever After? episode nine. 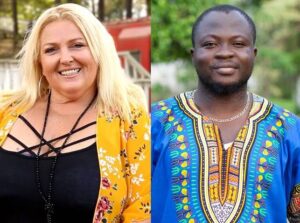 Since the start of season 6 of Happily Ever After, Angela seemed hell-bent on losing the extra pounds she’d gained when she was getting married to 90 Day Fiance’s Michael in Nigeria.

In August, Angela, who felt like she would die due to the drastic weight gain, decided to do weight loss surgery, against Michael’s wishes. Michael objected to Angela’s now-smaller breasts and how the money should have been saved for a baby instead.

Meanwhile, a month after her surgery, Angela revealed she and Michael were hardly speaking, and she even attempted to put a tracker on his cell phone to see what her 90 Day Fiancé husband was up to when he wasn’t answering her calls.

Before taking the hasty step, Angela divulged in daughter Skyla and went on to embarrass an IT guy by screaming at Michael for acting shady in front of him and the cameras, and calling the Nigerian reality TV star a “son of a b****.” 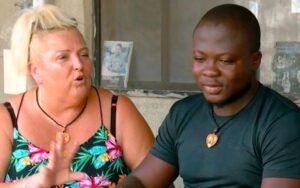 After the screaming session, Angela declared that this Michael wasn’t the man she fell in love with, accused him of conning her, after asking him to turn his WhatsApp location on.

In a scene that followed, 90 Day Fiancé star Angela declared that selfish Michael wasn’t able to get her through recovery and said, “Sorry, if I sound like a b****. You created this b****.”

A Reddit user observed how Angela was “verbally abusive with a hint of narcissism” in the scene that followed.

According to the fan, Angela could have been trying to find a reason to break up as she continued to blame Michael for things that were never his fault, including her smoking habit and even the dental abscess.

“Narcissists have a [tendency] to demean or put someone down, and then act like they are the victim,” the 90 Day Fiancé fan added, while wondering if, after her makeover, Angela feels like she can get a relationship upgrade.

Ghanaian man sentenced to 10 years in prison for pouring…

Stop mentioning my name in your fights with Tonto Dikeh or…