Actress Iyabo Ojo has reacted to the decision of the leadership of the Theater Arts and Motion Pictures Practitioners Association of Nigeria TAMPAN to bar movie producers and directors from working with her for having social media fights with some of her colleagues over Baba Ijesha rape saga.

In a post shared on her IG page this morning, Iyabo stated that she cannot be silenced.

“Silence is golden is why a lot of our girl or boy child are abused, molested and raped daily but they are afraid to speak up because they will be bullied to silence by the society meant to protect them. Silence ain’t golden in Nigeria. I can never be silenced, know that and know God, period.” 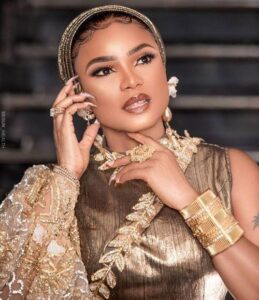 The Theater Arts and Motion Pictures Practitioners Association of Nigeria,  TAMPAN warned  actress, Iyabo Ojo alongside  Nkechi Blessing to desist from engaging in any further professional misconduct or risk  not only being sanctioned but also,  frustrated out of the country’s movie industry.

The association handed down the warning at the  weekend, while addressing the press  in Lagos.

Speaking on behalf of member Board of Trustee of the association, veteran actor Prince Jide Kosoko said despite the fact that Iyabo Ojo and Nkechi Blessing are not registered members of TAMPAN, the association would not entertain any form of disrespect by both actresses who tried to drag the association in the mud. 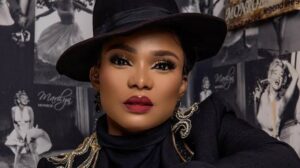 Speaking  further, Prince Jide Kosoko said the association is aware of the derogatory statements made by Iyabo Ojo against the Association and the industry as a whole, noting that they will not take further insults.

His words: “The attention of the Board of Trustees of TAMPAN and Elders of the Motion Picture Industry, especially of the Yoruba sector, have been drawn to the malicious damages being done to our sector by some unruly individuals that lack any iota of discipline and seeming to feel to be above the law.”

“Please note that we are not against her stand on the issue of alleged rape or sexual assault as the case maybe, which the Association and individuals have equally condemned at one time or the other, as we believe only a person without conscience will support rape or sexual assault in any form. However, Iyabo Ojo’s reckless accusations, abuses and embarrassment of our sector is also totally condemned.”

Rejections and criticisms are part of my stepping stones…