German track and field star, Alica Schmidt is “taking a break” from the sport after her trip to the Tokyo Olympics didn’t go as she planned.

The 22-year-old runner, dubbed “the World’s Sexiest Athlete” took to Instagram on Tuesday, August 24, to admit she’s “not satisfied” with how her 2021 races went, revealing that she struggled with COVID-19 and injuries.

Schmidt traveled to Tokyo but never got a chance to compete in the games, as the German team was disqualified for making contact with the Jamaican team in the mixed 4x400m relay. Schmidt also failed to secure a spot in the line up for the preliminary 4x400m relays. 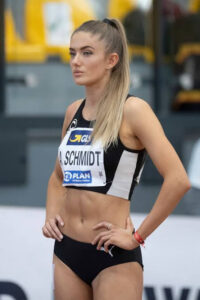 “I’ve worked harder than ever before day in day out pushed my limits in every workout and made so many sacrifices,” the athlete wrote alongside a collage of photos and videos from her training sessions throughout the year.

“It was not an easy year with my Covid Infection and torn ligaments but nevertheless, I know what I am capable of and I‘m hungry for more. Now, I’m going to take a break and I’m looking forward to coming back feeling fresh and ready to train hard again.”

In May, Schmidt expressed how grateful she was to be running outdoors again after suffering a “torn ligament and some muscular problems,” she explained in an Instagram post. 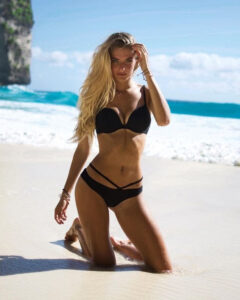 Despite not competing at the Summer Games, Schmidt gained popularity on Instagram for her videos documenting her experience inside the Olympic Village.

She reportedly gained an additional 500,000 Instagram followers during the Olympics, and now has 2.5 million followers. 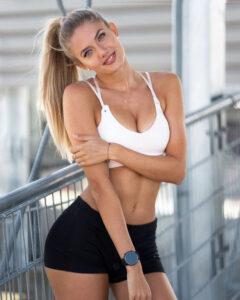 In 2017, Australian magazine Busted Coverage described Schmidt as “the world’s sexiest athlete”. After hearing of this, Schmidt said: “I do not know why I got this title. Sport clearly comes first.”

Alica Schmidt is sponsored by Puma.

Women can be their own worst enemies, studies reveal

Facebook user Ephraim Edeh tried to shame woman he was…

Someone told me “maybe it was your fault that you were…

Husband arrested for repeatedly assaulting his wife and…