Wendy Williams who had to cancel engagements multiple times this year due to ill health, is restricted to using a wheelchair now as her capability to walk has become diminished, according to The Ricky Smiley Morning Show’s Toine The Don, also known as Antoine Edwards.

Toine gave the shocking update on Wendy’s health on Nov.  22, saying, “It is being reported that the 57-year-old talk show host has completely lost all blood circulation in her legs and in her feet.”

Wendy is also allegedly suffering from early stages of dementia, according to the Toine.

“The entertainment group Lionsgate reportedly has Wendy stored away under lock and key to prevent another booze and vodka-filled depression,” Toine said in an Instagram post.

As of now, Wendy still isn’t scheduled to return to The Wendy Williams Show anytime soon. 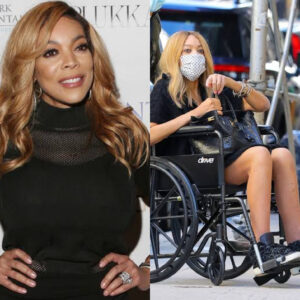 There is currently no treatment available to cure dementia. Anti-dementia medicines and disease-modifying therapies developed to date have limited efficacy and are primarily labeled for Alzheimer’s disease, though numerous new treatments are being investigated in various stages of clinical trials.

Additionally, much can be offered to support and improve the lives of people with dementia and their carers and families. The principal goals for dementia care are:

10 beauty benefits of jojoba oil for women of all ages

Omicron: WHO unclear if new Covid-19 variant is more dangerous

10 beauty benefits of jojoba oil for women of all ages

Dos and donts of sensitive skin women should know

Marriage doesn’t elevate the value of a woman

If not for Nollywood, so many people would have committed…