“I had suicidal thoughts every single day, to the point that I felt like I was being a burden to my family,” Cardi B testified.

Cardi B’s defamation case against YouTuber Latasha Kebe is underway in Atlanta. The rapper delivered tearful testimony on Thursday about how she was left feeling suicidal over the blogger’s content.

Kebe, known as Tasha K online, runs a successful YouTube channel with over 500,000 followers. Cardi sued the Georgia-base vlogger and her company Kebe Studios LLC in 2019 for defamation after she posted a video with another blogger, Starmarie Ebony Jones, in which they called the hip-hop star a “prostitute,” claiming she had herpes. 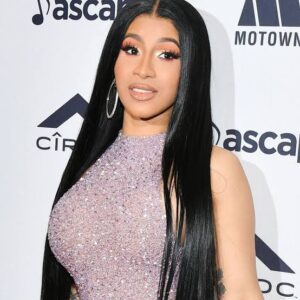 They even spoke about Cardi B’s daughter Kulture and Jones accused the former stripper of doing cocaine and molly, theGrio reported.

The Bronx-born rapper, born Belcalis Almánzar, testified in Atlanta federal court this week that she became suicidal in late 2018 over the false statements that were published online, TMZ reports.

“I had suicidal thoughts every single day, to the point that I felt like I was being a burden to my family,” Cardi B said. “My mother and husband noticed I wasn’t happy. Every time I woke up I had anxiety.” 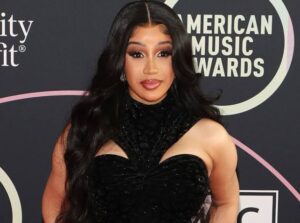 The Grammy-winning artist also recalled Kebe’s public claim that Cardi was raped by her father as a teenager. “I felt really helpless and hopeless,” she said. “It was just constant harassment.”

Kebe filed a countersuit in 2019 against Cardi B in federal court, claiming she lied about her on social media, which incited Cardi’s followers to send her threatening messages, theGrio previously reported.

The “Be Careful” rapper reportedly reached out to the blogger privately and requested that the disparaging video she made with Jones be removed from social media. When that failed to happen, “Cardi B began to publicly defame Ms. Kebe, referring to her as ‘this blogger lady’, by stating that Ms. Kebe makes up fake stories; harasses all of Cardi B’s friends; constantly stalks Cardi B; falsely claims that she has legitimate sources giving her information about Cardi B; uses Cardi B’s name for ‘click bait’; and many other false accusations,” Tasha K’s countersuit alleged. 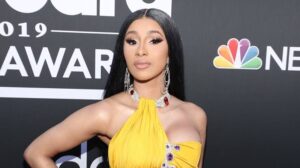 With Cardi’s lawsuit against Kebe moving forward, the former reality TV star testified this week that she lost a lot of weight and suffered from headaches and migraines as a result of Kebe’s allegations that were published across social media platforms.

“I couldn’t even think straight,” Cardi said in court on Thursday. “I felt like I didn’t deserve my kid because I felt so sad and depressed, and I have the biggest gift from God.”

Cardi B described Kebe as “demonic” and noted that “only an evil person could do that sh-t, sorry for my language.”

“If my husband cheats on me, I will change my ways and pamper him to love me again” – Counsellor, Charlotte Oduro tells wives

10 things you should do if you run into your ex

HER BROKEN SOUL 1: Living in a loveless marriage