Oprah Winfrey said she threw out her best friend Gayle King’s birthday cake in an effort to reset her diet for the new year in an Instagram video posted on Tuesday.

In the minute long clip, which has amassed over 2.5 million views at the time of writing, the media mogul is seen removing what appears to be more than half of the bottom cake tier from her fridge and dumping it out in a trash can.

“Time for a reset, clearing out the fridge. You know, we had 12 people over for the holidays and all stayed safe from COVID, thank God, and I gotta say we ate everyday like food had just been invented,” Winfrey, 67, began the video. 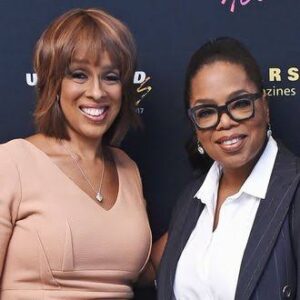 “So clearing out the fridge, no chance of one last piece of Gayle’s delicious Bananas Foster birthday cake.”

It’s not the first time the cake made an appearance on Winfrey’s Instagram. On December 29, a day after King’s birthday, Winfrey shared a clip of showing the behind-the-scenes process of how she and her chefs put the cake together to surprise her friend at a birthday dinner.

It included separating yolks and whites in a number of eggs, spraying the dessert with yellow food coloring, picking edible flowers, and candying them for decoration. 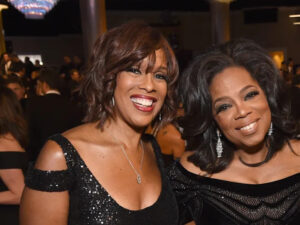 “Everybody knows that Gayle loves yellow cake with frosting,” Winfrey said in the clip, adding that it smelled like cocoa butter. The video ends by showing viewers how the cake was brought out to King as fellow guests sung happy birthday.

Meanwhile King, 67, also shared a clip of her receiving the cake and blowing out her birthday candles on Instagram. Captioning her post, she thanked Winfrey and Chef Thomas Raquel for making her the “prettiest” and “tastiest” yellow birthday cake.

This inspirational message from Actress Chioma Akpotha will…