The 911 call from the woman who was with Kevin Samuels during his final moments at his apartment has been released. During the 18-minute call, you hear her desperate attempts to save Samuels when he passed out after complaining of chest pains.

The woman, 32-year-old Ortensia Alcantara, told 911 operators that she was a nurse and administered CPR to Samuels after he turned blue.

Since she had just met Samuels, Alcantara didn’t know the address of Samuels’ apartment and begged operators to act with a sense of urgency. She told them that she didn’t want to stop administering CPR to ask for the address because she knew Samuels was in critical condition. 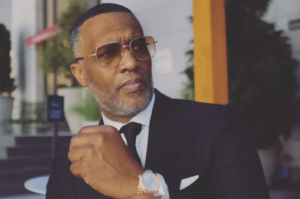 “It will take longer if we have to ask the front desk,” the operator said.

In between cries she’s heard telling Samuels, “Come on Kevin, you got this, just try to breathe. Come on, think about your mom. Think about your daughter.”

Alcantara continued to try and save Samuels and said she needed an automated external defibrillator, or AED kit, which helps to regulate the heart rhythm during a heart attack and ultimately save lives.

She couldn’t get the AED because the front desk was closed.

Sadly, Kevin Samuels couldn’t be saved. He was 56-years-old and leaves behind his mother and daughter.

Shay Johnson Reveals Her Fibroids Returned During Her…

Gwen Stefani Announces Return to The Voice with Help from…