The death of popular YouTuber and image consultant Kevin Samuels has garnered a mixed reaction from the public, with a number of his detractors weighing in on his passing.

One celebrity who has publicly commented on Samuels’ death is veteran actress Vivica A. Fox, who criticized his polarizing commentary regarding Black women and deemed his death as “karma” for his rhetoric and actions during an appearance on the FOXSOUL streaming talk show Cocktails With Queens.

“This man was a hypocrite, in my honest opinion. He really was,” Fox said of Samuels. “I didn’t find anything about him to be healing. He insulted African American women on a consistent basis.”

She continued, adding, “I hope this is teaching folks a lesson about the karma that you put out, the negativity that you put out in the world. That when karma comes knocking at your door, she might not be so kind. So, the fact that he keeled over real quick and was supposedly with a woman that we don’t yet know the nationality, rest in peace.” 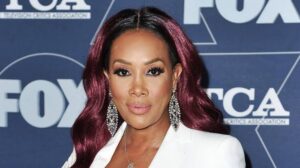 News of Samuels’ death first surfaced on social media last Thursday (May 5). Samuels, 57, reportedly passed away while on a date with a woman in Atlanta, during which he began to complain about chest pains before collapsing. No official cause of death has yet been revealed.

Vivica Anjanetta Fox born July 30, 1964 is an American actress, producer, and television host. Fox began her career on Soul Train (1983–1984).She eventually continued her career with roles on the daytime television soap operas Days of Our Lives (1988) and Generations (1989–1991), subsequently shifting to the prime-time slot, starring opposite Patti LaBelle, in the NBC sitcom Out All Night (1992–1993).

HER BROKEN SOUL 2: Living in a loveless marriage