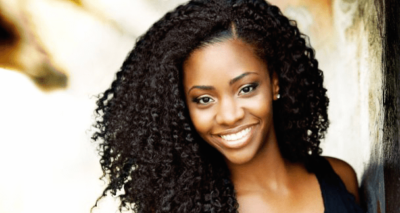 The statement: “A rare combination of beauty and brains” is not a compliment.

When I read that statement, all I hear is you reiterating an insulting and damaging stereotype targeted against women, which says that on the average, beautiful women are synonymous with senselessness.

The statement is very problematic in the sense that it also amounts to talking other women down in a bid to compliment a particular woman.

This is a major weapon of patriarchy used to foster division amongst women by reinforcing the social conditioning and interaction of women pitching themselves against each other, clawing and scratching like chickens for the attention of Men.

A rare combination of handsomeness and brains said no one to any man ever, for a very important reason.

So whenever I see that comment from whoever – male or female, please note that I find it irking and I shall skip it like a plague.

We must endeavour to unlearn and learn.

Let me also add that some men believe that they were created with higher IQ compared to women.

This is why when some of these men meet women who are more intelligent, smart and articulate than they are, they become threatened. They also get angry.

They start to look for ways to demean these women. They mock them with whatever they can come up with just to reduce these intelligent women to nothing.

“She’s not even fine sef. No man will want to marry her.”

“She is trying to take the glory of a man by being successful in a male dominated field.”

“Women who are too intelligent don’t submit to their husbands. They end up destroying their marriages.”

“A woman shouldn’t show that she’s too intelligent otherwise, she will drive prospective suitors away.”

“You are a woman and you responded intelligently to what he’s saying. This is unbelievable.”

“Women are not smart or intelligent because they have fish brain.”

I don’t blame guys who try to bring women down so that they can feel good about themselves, I am appalled when I see women act dumb and unintelligent just to keep men in their lives.

That’s the worst thing you can do to yourself as a woman. You don’t reduce who you are, what you possess, the intelligence and wisdom you have so that you can have a man by your side. That’s bullshit!

The next time someone tells you that you are a rare combination of beauty and brains, ask that person if ugliness is synonymous with being intelligent.

Your beauty has nothing to add to you being intelligent. As a woman, you were created with intelligence. You are special. Your beauty and brain is yours.

When you say a woman is a perfect combination of beauty with a brain, you are indirectly reinforcing the stereotype that pretty women are dumb. Stop it, that’s not a compliment.