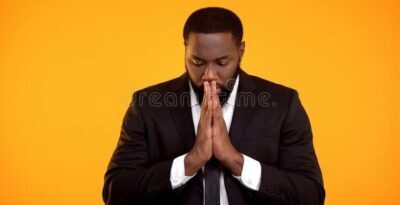 A writer named Doreen said that religious men are a red flag because their misogyny and desire to control is backed by the Bible.

She stated that misogynistic religious men are more concerned about putting up appearances and being the heads of their families instead of caring about their emotional and mental well being.

“I find religious men to be a red flag, a bright red one. Especially religious men who are patriarchal and believe in their dominance over women.

The ones who prioritize being heads over the homes, and speak about submission. The ones who call you their rib, and their helpmeets.

A religious man is very often misogynistic, and worse, believes he has the authority of God to back him up.

He not only believes in where he stands, which is above you, he is certain that God placed him there to guide and lead you which to me is very delusional and dangerous.

The misogynistic religious man is more worried about keeping up appearances, and being perceived as an authority figure over his family, than caring about their mental and physical well being. Also worrisome, is how he is lauded by others for being religious.

“He is such a good man, he knows God intimately!” All he has to do to be perceived as worthy, and to be excused by many, is his devotion to religion.

Clearly, if problems are arising in your relationship, it must be you who is causing it, this is a saintly man.

So many men already struggle with misogyny, that being with someone who believes their perceived superiority is approved by God is frightening to me.

It’s going to be a long crooked journey of gas lighting, entitlement and control, from here to Jerusalem.”

Where’s the lie? She nailed it.