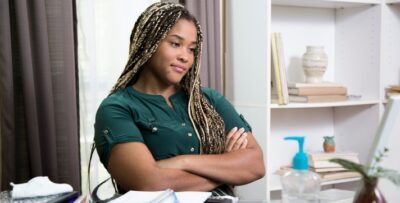 Such relationships never feels like they are completely over because the people involved somehow always find a way to come back together, even if it’s for a short period of time.

This type of relationship is so common and  hard to quit. Breaking up and making up for years may sound cute in movies but they are not healthy.

The fact that you always end up with the same person over and over again may seem like a testament to your love, but it’s also indicative of unhealthy relationship patterns.

Leaving an on-again, off-again relationship has nothing to do with how much you love the person. It’s about leaving a situation that won’t make you happy in the end.

1. Things keep ending for a reason

Most breakups happen for a reason and the fact that you continue to breakup means that the issue hasn’t gone anywhere. Pay attention to the writing on the wall. Stop making excuses for someone you should leave in the past. He won’t change.

2. You are blocking yourself from a better partner

One of the issues with wasting time in a relationship that you know has no future is that your time can be better spent with someone else. Choosing to stay tied down to a dead end relationship blocks you from other potential relationships with more promising outcomes.

3. You don’t need such stress

Enduring a volatile relationship is stressful. You never really know when things are going to hit the fan, but you know that things will eventually go south. This can make it difficult to focus on other areas of your life because it’s as if you are always coming out of or about to go into a relationship crisis, which is emotionally exhausting when you really think about it.

4. The relationship prohibits your growth

In addition to robbing you of your time, staying in a toxic relationship can also make you stagnate. The chapter was supposed to end years or even months ago but you continue to go back, reading and hoping that the outcome will somehow change. It won’t and it’s difficult to grow when you are clinging to dead things.

5. Your time can be better spent

Wasting time in a dead end relationship can also rob you of time that can be spent on other important things such as working on yourself and advancing your career or furthering your education. Toxic relationships are major distraction and a thief of time. You should spend your time doing better things.

6. The situation often gets more toxic

Another issue with on-again-off-again relationships is that the issues that are causing the breakup have a tendency to become more acceptable over time. Each time that you go back to the unhealthy situation, you send the message that you are willing to accept anything this person dishes out for the sake of being with them.

7. You are using breakups to replace problem solving

All relationships experience their share of problems, but couples who are constantly on-again and off-again sometimes lack basic problem solving and conflict resolution skills. Of course, there are ways to get better such as couples therapy and communication exercises but both parties have to commit to the process.

At the end of the day, you deserve a relationship that is consistent and a partner that doesn’t have to periodically lose you in order to treat you the way that you are supposed to be treated. Stop putting up with toxic and disrespectful behavior because you want to hold on to a relationship. It’s not worth it in the long run.

9. It’s unfair to children if they are involved

It can be very confusing and painful for children to see their parents constantly breaking up and making up. Not only does it place them on an emotional seesaw, but it models unhealthy relationship patterns.

10. Face the fear of being alone and win

Clinging to relationships simply because you are too scared to be alone is a wrong reason to keep breaking up and making up. It is natural to want a partner, but your true happiness shouldn’t depend on your partner. Making your happiness dependent on another person will always result in failure. Learning how to make yourself happy lasts forever.

Reach out for help

The fact that you are in a relationship that’s stuck in a pattern of on and off shows that you have already committed to making an end, but you just haven’t been able to follow through.

One of the best ways to get the support you need to put an end to things (once and for all) is to reach out to your support system and ask for their help. Sometimes, their perspective is the desired push you need to get over the hill and never look back.