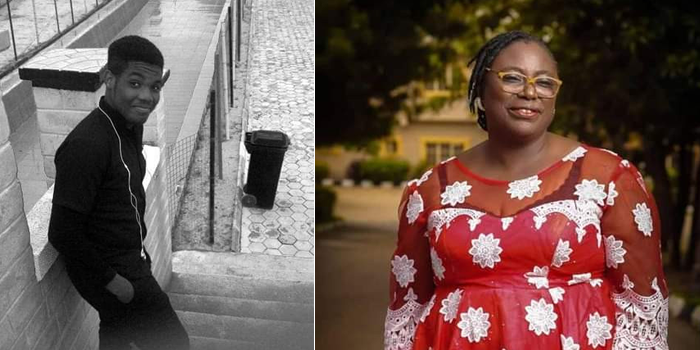 A Nigerian woman allegedly slumped and died hours after hearing news of her only child’s murder in Jos, Plateau State.

Family and friends of the 52-year-old woman, Theresa Nyorong Yohanna Bwai and her only son, Bweifar Isaac, 22, are now mourning their sudden demise.

It was gathered that Isaac, who was a musician and photographer, was allegedly shot dead by suspected cultists in Jos, on Tuesday, November 17, 2020.

Upon hearing news about her son’s death, Mrs.Bwai was said to have collapsed and died the following morning.

This is such a heartbreaking story. The pain of losing a child is not something you prepare for.

This situation was made worse because he was an only child and the woman’s hurting heart couldn’t deal with such a life changing blow.

May their souls rest in peace. I hope the family members will seek justice for the murdered young man instead of leaving it for God like we do in this part of the world.

I remember talking to a woman who lost her child in an accident recently and she told me that most times, she feels like dying AMD following her child.

According to her, it is unnatural for a mother to bury her child. It makes you feel like a failure. You start asking yourself if there was something you could have done to prevent what happened.

She told me that sometimes she wished she was the one who died in that accident instead of her teenage son. In two weeks, she lost so much weight that family and friends became concerned.

The good thing was that they didn’t leave her alone. There was always somebody with her who kept watch over her and kept her company until she was able to come to terms with the death of her son.

I pray that parents who have lost their children this year be comforted. May their hurting hearts be healed and may the souls of the departed rest in peace.