10 things women who love wrestling should know about Apollo Crews

WWE is turning Apollo Crews heel and will be calling upon his Nigerian roots with this new character.

Here are 10 things female lovers of WWE should know about Apollo Crews:

1. His real name is Sesugh Uhaa. He was born on August 22, 1987. He is an American professional wrestler currently signed to WWE where he performs on the Smackdown brand under the ring name Apollo Crews.

3. He started his career in 2009, originally working under the ring name Uhaa Nation and made his breakthrough in 2011, when he was signed by the Dragon Gate USA promotion which also led to him making his first trip to Japan to work for Dragon Gate. He is known both as a high flyer and a power wrestler.

4. He signed with WWE in 2015 and was assigned to the NXT brand, where he was given his current ring name. He was promoted to WWE’s main roster in April 2016, where he won the United States Championship in 2020. 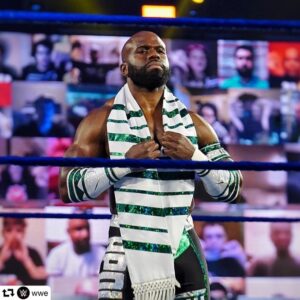 5. Apollo Crews is of Nigerian descent. His father is originally from Vandeikya Local Government Area of Benue State in the mid-belt region of Nigeria. His mother is also from Benue State, Nigeria.

6. He has a sister, who is in the United States Army and is stationed in San Antonio, Texas.

9. Apollo Crews net worth is estimated to be around $2 million.

10. On the recent episode of SmackDown, Apollo Crews officially turned heel. He stood in the ring and gave might be the best promo of his WWE career. There were shades of a real character shift and a call to his heritage. 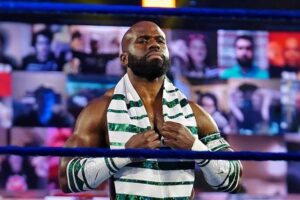 Apollo Crews said: “A lot of people have been wondering what’s going with me lately.” He added that the WWE Universe doesn’t know anything about him. He’s been too nice for too long and not gotten the respect in return.

He added, “I’m not from the hood. And I’m not from Suburbia. I’m from Nigeria. I’m a real African American.”

Noting that the fans were about to see the real him, he talked about his ancestors, how they controlled the richest lands in Nigeria and ruled nations.

He spent his days draped in gold and his nights with his five wives. “His word was law and his power was feared. This is who I am.”

Apollo Crews Crews then pointed to the colors on his new scarf and talked about wealth and power.

He said: “If your enemies defy you, you show them the steel.” He then broke into a Nigerian accent before Shinsuke Nakamura interrupted him.

Adele bursts into tears on stage as she’s surprised by…