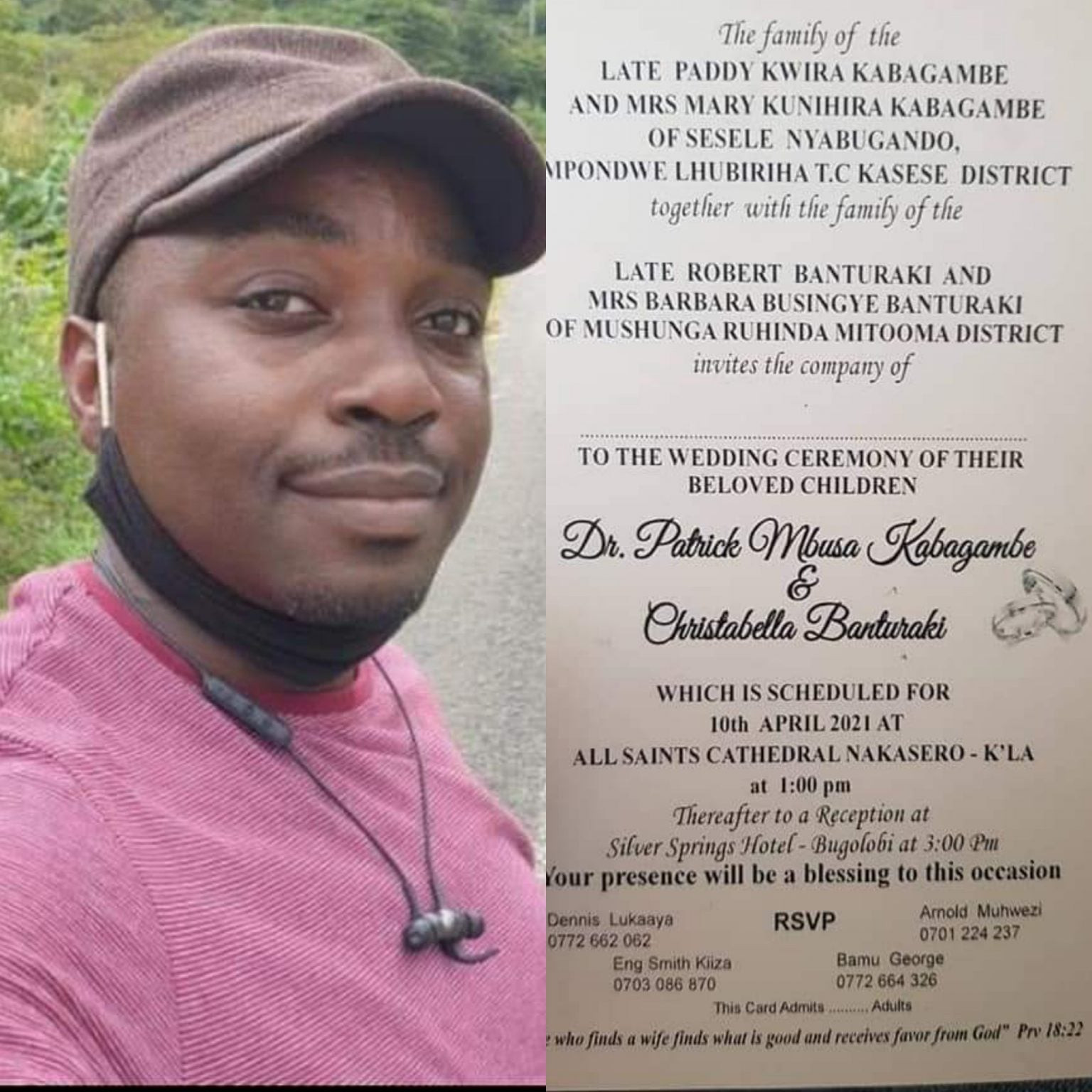 A Ugandan man, Dr Patrick Mbusa Kabagambe, who disappeared a day to his wedding told police he was only resting at the home of an undisclosed friend because he was stressed.

According to Daily Monitor, Patrick and Christabella Banturaki were to set to tie the knot at All Saints Cathedral Nakasero in Kampala City last Saturday, April 10. The reception had been organised at Silver Springs Hotel in Kampala.

However, on the eve of the historic day, Dr Kabagambe disappeared and his mobile phone was switched off. This triggered panic, frantic calls, anxiety and confusion among his friends, family and in-laws.

His worried bride-to-be in company of her uncle went to Kasangati Police Station, Wakiso District, where they opened a case of a missing person.

Detectives, relatives and friends began a frantic search for the would-be groom. Worried relatives flooded social media with messages announcing the sudden disappearance of Dr Kabagambe, imploring well-wishers to share information wherever he is spotted, dead or alive.

“Dr Patrick Mbusa Kabagambe has been reported missing with his car UBH 905X on the eve of his wedding this Saturday, 10 April 21, and all his known [telephone] contacts are switched off. The case has been reported at Kasangati Police Station, SD REF 22/10/04/2021. Patriots, let’s assist trace the suspect/victim,” a relative posted in a WhatsApp group last Saturday.

On the wedding day, Dr. Patrick still didn’t show up, converting what should have been a blissful ceremony into an agonising blind search.

The bride, who had been informed hours earlier that her groom has yet to appear did not head to All Saints Nakasero Cathedral.

However, some relatives, unaware of the developments, appeared at the church for the scheduled wedding, only to find neither the bride nor the groom was present.

The search continued the following day, Sunday, April 11. But before the police could engage other tracking units to establish his last contacts, Dr Kabagambe presented himself at Wandegeya Police Station in Kampala.

The deputy spokesperson for Kampala Metropolitan Police, Mr Luke Owoyesigyire, who confirmed the incident on Monday, April 12, said Dr Kabagambe told detectives that he was not a missing person as reported to the Force, but elected to spend a night at the home of an undisclosed friend.

“He said he was stressed. He didn’t have a reason why he didn’t want to marry Ms Banturaki. We later released him on police bond as investigations continue,” Mr Owoyesigyire said.

However, there is no clear penal offence that the police can prefer against him given the fact that he claimed that he married Ms Banturaki in customary ceremony and even paid bride price. In Uganda, the law recognises customary marriage.