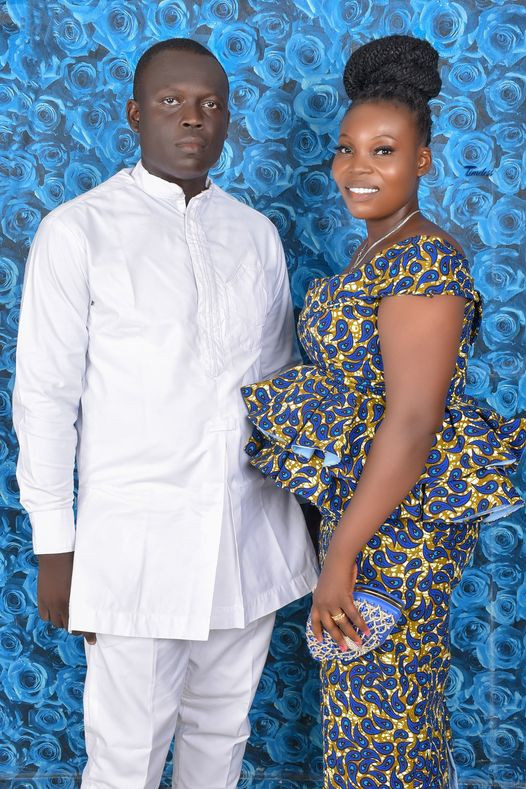 A Nigerian man has advised women not to leave their men for having multiple partners and should learn to share.

Bodmas Kemepadei from Sagbama, Bayelsa, stated this on Sunday, April 25, as he marked the second wedding anniversary and 13 years of togetherness with his wife, Ebi Bella.

According to the father of two, throughout their eleven years of dating, Bella was aware that there were other women in his life yet she waited patiently for him.

Kemepadei also advised women to learn to share their men with other women as he is yet to see a man with only one partner.

“11 years of dating, during these times, there were still other babes and she was aware, yet patient and we both tolerated nonsense from each other, we got married and it’s been almost two years in marriage. Don’t leave your man for having too many partners, women should learn to share, i am yet to see a man with only one partner, men are the same, just find one that is caring, a giver, not a bully and settle down, nothing dey for Waka Waka life” he wrote.

“Monogamy is not for everybody. Some men are just meant to be shared because they were created to be irresistible. Some men have this aura and power and choose not to use it, but others will. When you are with the man that knows his power and uses it, don’t force things. As long as he treats you right and makes you happy, enjoy your time and enjoy his presence. I keep telling my women some no go wan hear. Never will I have password on my phone because of a woman. Honesty is the best policy. Although I’m not married, I don’t support adultery.”

“Nice advice. Once I discover my man has other women, I won’t say anything. I’ll just be fvcking other men too (we will both pray for forgiveness in fact, before I pull my panties, I will ask God for forgiveness and tell him the reason I’m doing that) sounds nice right? Smiles. The day he discovers and want to react, I’ll show him all evidence. If you want polygamy, go into it totally, that fornication method is legal. Don’t pretend to be monogamous and start keeping different women by the side.”