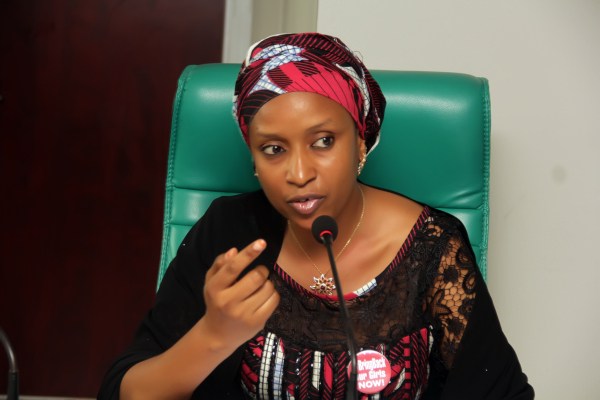 The Managing Director of the Nigerian Ports Authority (NPA), Hadiza Bala-Usman has been suspended by President Muhammadu Buhari.

Hadiza Bala-Usman who was reappointed by President Buhari on January 21st for a second term in office was suspended on Thursday May 6, 2021 over the purported second term re-appointment.

According to the source, the minister and members of staff of the ministry were in Jos for a programme but Amaechi was scheduled to brief the press on the issue on Friday.

According to the source, the minister and members of staff of the ministry were in Jos for a programme but Amaechi was scheduled to brief the press on the issue on Friday.

“Yes, the Managing Director of NPA has been suspended from office but the reason for her suspension is not yet clear but I can confirm to you that she has been suspended,” the source buttressed after an enquiry by LEADERSHIP.

It could be recalled that President Buhari re-appointed Hadiza Bala- Usman as Managing Director of NPA on January 21, 2021.

The president also approved the reconstitution of the Non-Executive Board of the NPA, with Emmanuel Adesoye (from South-west zone) as chairman.

Hadiza Bala-Usman is one of the co-founders of the Bring Back Our Girls campaign. She is also a founding member of the ruling All Progressives Congress.

Hadiza Bala-Usman was born on January 2, 1976 in Zaria to a Fulani ruling class family of the Sullubawa clan.

Her father, Yusufu Bala Usman, the grandson of Muhammadu Katrina Dikko was a prominent academic and historian. He later founded the Centre for Democratic Development, Research and Training in Zaria.