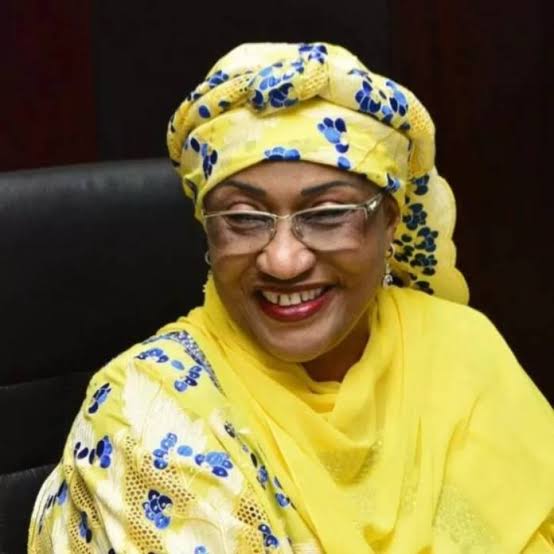 Details of are death are sketchy but reports stated that she died at a hospital in Egypt. The deceased battled a protracted illness in her last years.

Alhassan contested the Taraba 2015 governorship election under the Platform of the All Progressives Congress (APC) but lost to incumbent Governor Darius Ishaku, who ran under the platform of the People’s Democratic Party (PDP).

Shortly after her loss, President Muhammadu Buhari named her Minister of Women Affairs.

However, she left his administration under controversial circumstances as the APC failed to clear her for the 2019 gubernatorial election.

Aisha Alhassan had resigned her appointment and defected to the United Democratic Party (UDP).

In a letter informing President Muhammadu Buhari of her resignation, Alhassan said she had always been a committed and loyal party member and was at no time queried or admonished for any wrongdoing.

She told the president she chose to quit the APC over what she described as “grave injustice”.

Alhassan’s travails in the APC under the chairmanship of Adams Oshiomhole began when she endorsed ex-Vice President Atiku Abubakar ahead of the 2019 elections.

Her statement had caused a huge embarrassment to the APC leadership, as a cabinet member was not expected to endorse Atiku, who had not clinched the PDP presidential ticket at the time.

Aisha Al-Hassan is a Fulani. A lawyer by training, she became the first female to be appointed Taraba State Attorney General and Commissioner of Justice.

She is also the first woman to be appointed as Secretary FCT judicial council and later appointed the Chief Registrar of the High Court of the Federal Capital Territory, Abuja on 17 December 2003. After she retired from service, she went into business.

Aisha Alhassan was widely known as “Mama Taraba”, because of her increased influence in the politics of her state.