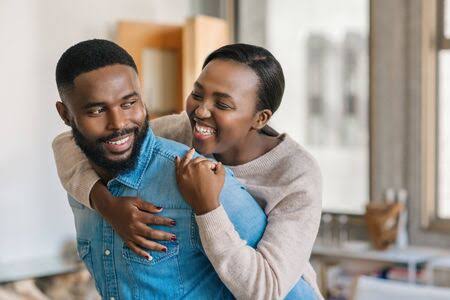 Many women don’t even recognize that they are in the friend zone because men sleep with them despite having no real romantic interest.

There are some mistakes that women make that land them in some unpleasant relationships and they turn around to cry wolf later on.

While there are most certainly noncommittal f*ckboys who are out here setting women up for games, if women turn the mirror on themselves, they will have to admit that some of their missteps also place them in situationships that they never intended to be in.

Listed below are some ways women set themselves up to be friend zoned:

1. Giving too much too soon

It’s a piece of advice that’s given often by people who tout themselves as relationship experts, but there is some truth that giving up too much too soon during the early stages of dating is a recipe for disaster. If you think about it, any time someone gives up all of the relationship benefits before they are even sure where the situation is heading, there’s a greater chance that they will end up boxing themselves into a friend with benefits situation even though that’s not what they actually want.

There’s nothing wrong with being friends with benefits if that’s what two consenting adults choose to do with their time. The issue with these arrangements arises when one party desires something different. Some women were unfortunately led to believe that they will scare a potential partner away too soon by speaking on their desire to be in a committed relationship and as a result, keep quiet about what their expectations are and simply go along to get along.

It can be extremely difficult to be vulnerable with a person and actually put yourself out there when you are romantically interested in them. As a result, some women try to play it safe by getting closer to the object of their affection under the guise of friendship. This almost always backfires. Sister, just shoot your shot and chest the rejection if it comes. Don’t waste your own time playing games.

A pick me woman is easily spotted from a mile away because she’s usually shouting from the rooftops about how she’s “not like other women.” She will do the absolute most to gain favor with the opposite sex, especially if it means putting down her fellow woman to make herself appear more desirable. While her attempts to gain attention from the man of her choice may work for the short term, in the long run, pick-mes tend to find themselves in relationship arrangements that they don’t particularly care for. For one, their need to be liked and accepted by men usually trumps their willingness to speak up about the things that they actually desire. It also makes them more likely to go with the flow even if they don’t like how the relationship is going.

5. Forcing yourself on a guy who doesn’t like you

Too many women strive to make a guy like them and refuse to accept what he’s already made clear. What these women don’t know is that they are hurting is themselves. A guy might not like you for several reasons: lack of attraction, family, difference in life calling, spiritual walk, or simply because he likes someone else. You have to stop forcing yourself on him.

The friend zone is not a fun place to be as a woman, but it can be a great place to be if you learn from your mistakes and do better next time.