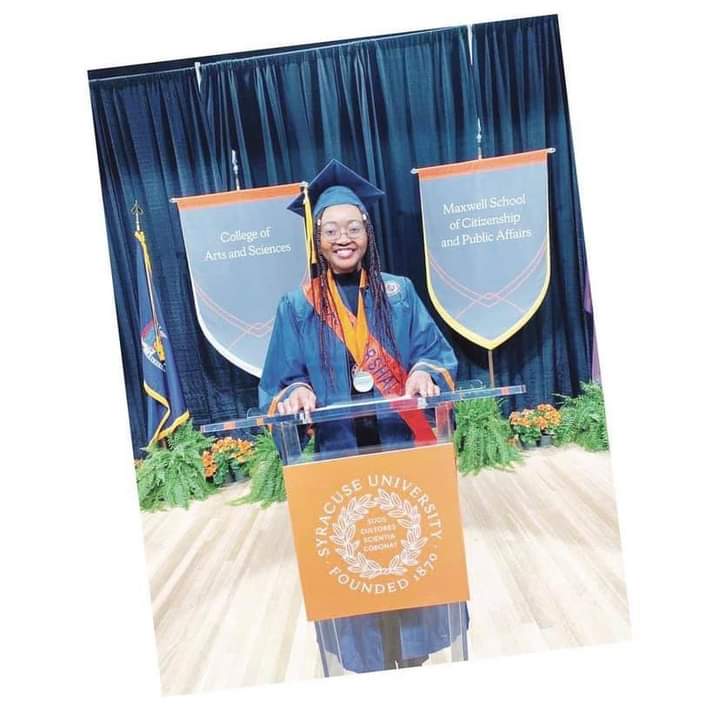 According to a statement released by the varsity, Danagogo graduated with distinctions in Biology Major and Minor in English and Textual Studies.

She was also awarded the prestigious 1870 scholarship by the university for another four-year Medical Studies.

The Dean of the School of Arts and Science in the university, Prof. Karin Ruhlandt, revealed among Danagogo’s academic accomplishments are Deans List Honors, Distinction in Biology and the highest recognised 1870 Syracuse University scholarship offered by Office of Admission of the university.

Syracuse University is a private research university in Syracuse, New York. The institution’s roots can be traced to the Genesee Wesleyan Seminary founded in 1831 by the Methodist Episcopal Church in Lima, New York.

After several years of debate over relocating the college to Syracuse, the university was established in 1870, independent of the college. Since 1920, the university has identified itself as nonsectarian although it maintains a relationship with The United Methodist Church.

The campus is in the University Hill neighborhood of Syracuse, east and southeast of downtown, on one of the larger hills. Its large campus features an eclectic mix of buildings, ranging from nineteenth-century Romanesque Revival structures to contemporary buildings.