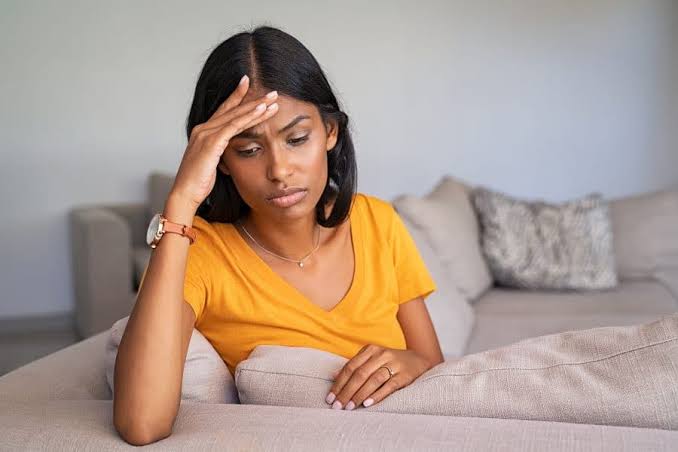 Your specific symptoms depend on the type of anxiety disorder you have.

Below are types of anxiety disorders and symptoms:

If constant worries and fears distract you from your day-to-day activities, or you are troubled by a persistent feeling that something bad is going to happen, you may be suffering from generalized anxiety disorder (GAD).

People with GAD are chronic worrywarts who feel anxious nearly all of the time, though they may not even know why. GAD often manifests in physical symptoms like insomnia, stomach upset, restlessness, and fatigue.

Panic disorder is characterized by repeated, unexpected panic attacks, as well as fear of experiencing another episode. Agoraphobia, the fear of being somewhere where escape or help would be difficult in the event of a panic attack, may also accompany a panic disorder. If you have agoraphobia, you are likely to avoid public places such as shopping malls, or confined spaces such as an airplane.

A phobia is an unrealistic or exaggerated fear of a specific object, activity, or situation that in reality presents little to no danger. Common phobias include fear of animals (such as snakes and spiders), fear of flying, and fear of heights. In the case of a severe phobia, you might go to extreme lengths to avoid the object of your fear. Unfortunately, avoidance only strengthens the phobia.

Agoraphobia is the fear of space where it is difficult to escape or receive help if something goes wrong.

People with this type of phobia tend to avoid specific places or situations. For example, they might avoid crowds or public transport. Some people may become housebound in severe cases.

If you have a debilitating fear of being viewed negatively by others and humiliated in public, you may have social anxiety disorder also known as social phobia. It can be thought of as extreme shyness and in severe cases, social situations are avoided altogether. Performance anxiety (better known as stage fright) is the most common type of social phobia.

Hoarding disorder is a chronic difficulty discarding possessions, accompanied by a dysfunctional attachment to even worthless items. It can lead to excessive accumulation of possessions and a cluttered living space. You may attribute emotion to inanimate objects, have a strong sentimental attachment to items, or see the use in any object. These beliefs can make discarding items overwhelm you with feelings of anxiety, guilt, or sadness.

Obsessive-compulsive disorder (OCD) is characterized by unwanted thoughts or behaviors that seem impossible to stop or control. If you have OCD, you may feel troubled by obsessions, such as a recurring worry that you forgot to turn off the oven or that you might hurt someone. You may also suffer from uncontrollable compulsions, such as washing your hands over and over.

Post-traumatic stress disorder (PTSD) is an extreme anxiety disorder that can occur in the aftermath of a traumatic or life-threatening event. PTSD can be thought of as a panic attack that rarely, if ever, lets up. Symptoms of PTSD include flashbacks or nightmares about the incident, hyper vigilance, startling easily, withdrawing from others, and avoiding situations that remind you of the event.

People who have this rare disorder avoid speaking, despite having the ability to do so. Those with selective mutism are typically very shy. They fear social judgment and embarrassment.

While separation anxiety is a normal stage of development, if anxieties intensify or are persistent enough to get in the way of school or other activities, your child may have separation anxiety disorder. They may become agitated at just the thought of being away from parents and complain of sickness to avoid playing with friends or going to school.

Anxiety disorders respond very well to therapy and often in a relatively short amount of time.

The specific treatment approach depends on the type of anxiety disorder and its severity.

In general, most anxiety disorders are treated with therapy, medication, or some combination of the two.

Cognitive-behavioral therapy and exposure therapy are types of behavioral therapy, meaning they focus on behavior rather than on underlying psychological conflicts or issues from the past. They can help with issues such as panic attacks, generalized anxiety, and phobias.

Anxiety disorders don’t necessarily get worse with age but the number of people suffering from anxiety changes across the lifespan. It becomes more common with older age and is most common among middle-aged adults.