The average Igbo Man doesn’t know what consent is

A Facebook user said that an average Igbo Man doesn’t know what consent means and he feels entitled to a woman’s love, attention and affection.

“I don’t care if this bites you in the ass. But it’s your pain, not mine.

Between an igbo man and a Yoruba man, the person who is more likely to rape you is the igbo man.

I have lived in both Yoruba and igbo states, and can tell you this for a fact.

A Yoruba man is likely to shout, make noise, but majority of them wouldn’t rape you.

Go to markets with majority of igbo men, watch how they try to, or even slap your ass, pull your hair, and threaten to beat you if you complain.

It’s the igbo man that will insult you and call you names.

And trust me, there are a thousand and one igbo men in that market, ready to support him.

They are everywhere. On the bus stops, markets.

I doubt there is any girl that has lived in the east without being harassed. 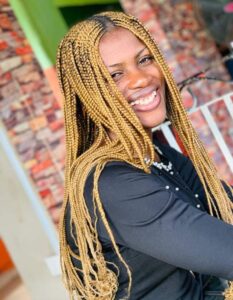 Today, this man pushed me. When asked why, he said I was blocking his wares and that if I say any more words he would beat me. And trust me, he would.

I have never experienced this in the west and I’ve lived most of my life there.
The agberos don’t call you “yam leg”. They don’t threaten to beat you. They don’t slap your ass.

In the west, if the touts starts misbehaving, all you need to do is shout and act drama, and other people would caution the guy. In your presence, people would fight for you.

But in the east, if you raise your voice, these men will deal with you.

The average igbo man doesn’t know what consent is. They would kiss you without your consent and claim right. Watch how everybody will support him.

I have a friend that was kissed by a guy. She took the matter up, and oga said he kissed her to teach her a lesson.

You will be surprised at the number of guys that fought this girl, trying to silence her.

This was because they saw nothing wrong with him kissing a lady without her consent. This happened in enugu.

Sometimes I wonder how biafra will turn out. The average igbo man will never vote a woman into an office.

The average igbo man is misogynistic.
I said what I said!”

Feminism led to an increase in domestic violence in…

10 exercises that will make you lose weight fast