BBNaija: People are getting who they like flowers but Saga got me punishment says Nini

Big Brother Naija ‘shine ya eyes’ housemate, Nini, is not happy with the fact that she’s being punished for ruining the secret task that Biggie gave Saga concerning their close friendship.

Recall that Biggie gave Saga a secret task/prank to avoid or pick a fight with Nini till his next diary session.

Saga failed the task as he spilled the beans to Nini the next day and as a result, Biggie punished both of them with the task of cleaning the garden, which had already been intentionally thrashed by the organizers of the show.

During her diary session, Nini told Biggie that some people got flowers from who they like but the only thing Saga could give her was punishment. 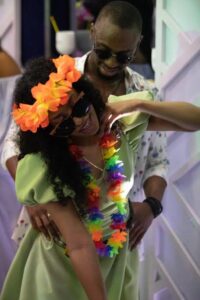 On his part, Saga disclosed why he couldn’t carry on with Biggie’s task of picking a fight with his love interest, Nini.

On Tuesday afternoon, the artist was asked to start a fight and ignore Nini till his next diary session. Unfortunately, he couldn’t carry out the task and divulged the secret information to his love interest, Nini.

However, during his diary session with Big Brother on Thursday, he noted that the fight that ensued between his love interest, Nini and fellow housemate, Cross made it difficult for him to carry out the task.

According to him, he would have carried on with the prank which he thinks he was able to do to some extent, if Nini was not involved in a fight which he thinks already drained her emotionally. 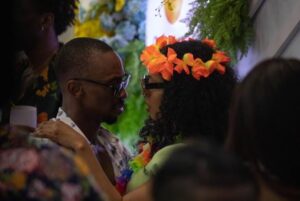 “Nini is very smart so I didn’t start immediately. I took my time. When I started the task in the evening and it got to her until she said I should not talk to her again.

At this point, I knew that I had done the task but I didn’t know for how long the task should go.

She got into a fight with Cross and I had to leave my character and intervene. If the fight didn’t happen I would have continued the task.

I passed the task up to a point but I think I failed the task. I suspect Liquorose is also on the same task and she’s doing a good job, I am quite attached to Nini so it was a bit harder.”

NGOs, Women protest against rape of babies and children in…

Nigerian woman apologizes to husband after accusing him of…