Vanessa Nakate is a Ugandan climate justice activist. She grew up in Kampala and became a celebrity in December 2018 after becoming concerned about the unusually high temperatures in her country.

Below are 10 things Nigerian women should know about this courageous and focused young lady:

2. She graduated with a Business Administration in marketing degree from Makerere University Business School. 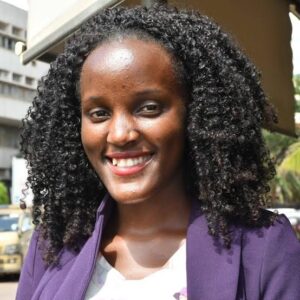 3. Inspired by Greta Thunberg to start her own climate movement in Uganda, Nakate began a solitary strike against inaction on the climate crisis in January 2019. For several months, she was the lone protester outside of the gates of the Parliament of Uganda.

4. Nakate founded the Youth for Future Africa and the likewise Africa-based Rise Up Movement.

5. Nakate started the Green Schools Project, a renewable energy initiative, which aims to transition schools in Uganda to solar energy and install eco-friendly stoves in these schools. As of now, the project has carried out installations in six schools. 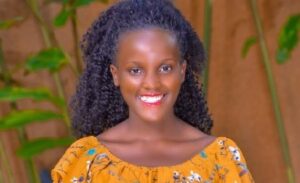 6. Nakate received the Haub law environmental 2021 Award in recognition of her citizen diplomacy in bringing the voice of her generation to global environmental campaigns and for her inspiring climate activism in Uganda and beyond.

7. Vanessa Nakate and Six Other Young Activists Honoured by 2020 Young Activists Summit During a Live Discussion on Post-COVID-19 World. Bringing together Over 8,600 People from Around 100 Countries. 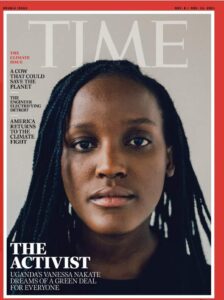 10. In July 2020, Vanessa Nakate was interviewed by Angelina Jolie hosted by time magazine about the power and importance of African voices in the climate justice movement.

In August of the same year, Jeune Afrique magazine named her among the top 100 most influential Africans.

Sara Blakely, Spank Founder encourages those whose dreams have been derailed as she…

Why you shouldn’t fight for your marriage

Men, you won’t have peace if you don’t give your…