Monica Vitti, the versatile movie star of Michelangelo Antonioni’s “L’Avventura” and other Italian alienation films of the 1960s has died. She was 90.

Her death was announced Wednesday on Twitter by a former culture minister, Walter Veltroni, who said he had been asked to communicate her death by her husband, the photographer Roberto Russo.

“Goodbye to the queen of Italian cinema,” the current culture minister, Dario Franceschini, wrote in a statement. 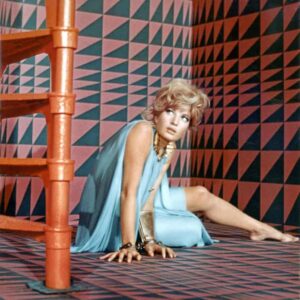 Vitti had been out of the public spotlight for years, living quietly in Rome with her husband. She reportedly suffered from a form of dementia.

Although she was often described, perhaps with a touch of irony, as the “muse of incommunicability” for her dramatic roles in several of Michelangelo Antonioni’s films, Monica Vitti, who has died aged 90, always aspired to be a comic actor.

Veltroni wrote: ‘Roberto Russo, her companion in these years, asks me to communicate that Monica Vitti is no more. I do so with great grief, affection, and nostalgia.’ 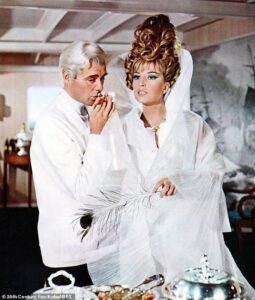 The late movie star was also known for appearing other films directed by Antonioni including Red Desert and La Notte.

Monica subsequently switched her focus to starring in comedy movies, and she worked multiple times with director Mario Monicelli.

Dario Franceschini, Italy’s minister of culture, has already hailed her as the queen of Italian cinema.

He said: ‘Farewell to Monica Vitti, farewell to the queen of Italian cinema.’

She also worked with the likes of Etore Scola and Luis Bunuel, and starred alongside a host of big name actors, including Sir Michael Caine, Terence Stamp and Richard Harris.

Monica also appeared in a number of Italian language films that were never released overseas.

She won as many as seven Italian Golden Globes for Best Actress during her career. 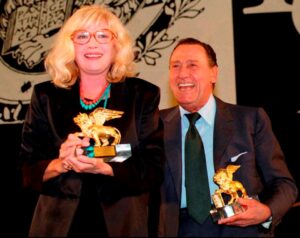 The film star married her long-term partner Roberto Russo in 2000 and made her last public appearance in 2002, when she attended the the  French premiere of the stage musical Notre-Dame de Paris.

In 2011, it was revealed that she’d been battling Alzheimer’s disease for many years.

Italian Premier Mario Draghi remembered Vitti as “an actress of great irony and extraordinary talent, who won over generations of Italians with her spirit, bravura and beauty. She brought prestige to the Italian cinema around the globe.”

Shane McMahon ‘out of’ WWE after rumors of Royal Rumble backlash

Taraji P. Henson To Star In Musical Film Adaptation Of ‘The Color Purple’