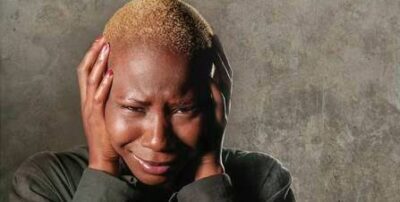 My husband is a God fearing man but he beats me whenever he’s angry. It’s not his fault, he just has a hot temper. He’s a good man to me and a caring father to our children.

My boyfriend attends church services all week but he has anger issues. He slaps me whenever he’s angry. I know it’s not his fault. The devil is fighting him because his destiny is great.

My husband is a God fearing man but he has cheated on me many times. It’s not his fault, young ladies are tempt him all the time. These home breakers are everywhere trying to snatch innocent men away from their wives.

My fiancee loves me so much but he’s bisexual. He confessed his dark secret to me crying. I felt bad for him. He was sincere to me. We are getting married soon.

My husband is a God fearing man but he doesn’t allow my family members visit us. I agree with his decision because I want to keep my home.

My husband is a God fearing man but he didn’t allow me work or start a business. He knows best, he’s the head and I am the neck. God made him the head and the provider. I will gladly relax and be taken care of.

My husband is a God fearing man but he insults me sometimes before family members, friends and neighbours. His actions hurt me but I know he doesn’t do it for fun. He loves me in his own way.

Whenever I hear Nigerian women declare that they desire to marry God fearing men, I cringe. I’m not saying there’s something wrong with marrying a Godly man, the issue is that these women don’t even know who God fearing men are.

These women justify abuse and disrespect with the God fearing man phrase. They cover up the misdeeds of these men with religion. They claim the devil is after their relationships. Funny women.

With the way some Nigerian women justify bad behaviour, you start thinking that a God fearing man must have another definition. Nigerian women won’t stop using religion to deceive themselves. They need to change.