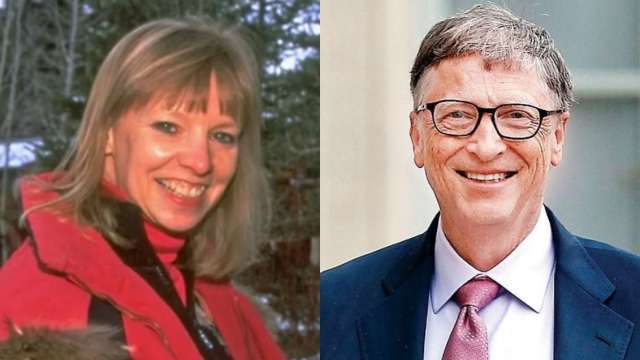 Billionaire couple Bill Gates and Melinda Gates left everyone stunned when they announced their divorce on May 3, 2021.

It is learnt that Bill Gates used to go on these vacations as a part of the deal he had struck when got married to Melinda French in 1994.

According to The Post, Ann Winblad is married to a private San Fransisco investigator named Edward Alex Klein.

He is also an owner of the ‘Alex Kline Investigation and Research Service’ that probes cases around crime, fraud, and civil rights.

Ann Winblad is a software entrepreneur with whom, Gates preferred to spend private time at a cozy beach cottage in North Carolina, US.

In 1997, Bill Gates had said in an interview with Time magazine that his arrangement to go on long weekend getaways with Ann Winblad came with his marriage. It is learnt that Winblad had also given permission to Bill Gates to propose Melinda.

Talking about his relationship with Winblad, Bill Gates said that it is relationship between two individuals who can play putt-putt while discussing biotechnology.

Gates also revealed while he was undecided about marrying Melinda, he had called “Ann” and sought her approval before going ahead with his decision to marry Melinda.

“Every spring, as they have for more than a decade, Gates spends a long weekend with Winblad at her beach cottage on the Outer Banks of North Carolina, where they ride dune buggies, hang-glide and walk on the beach,” read the Times piece.

The article said that Winblad’s annual getaway with Gates was about sharing thoughts, and views about the world and themselves.

Ann Winblad is five years older than Bill Gates. Winblad had called Melinda as “good for Bill Gates” because she had intellectual stamina.