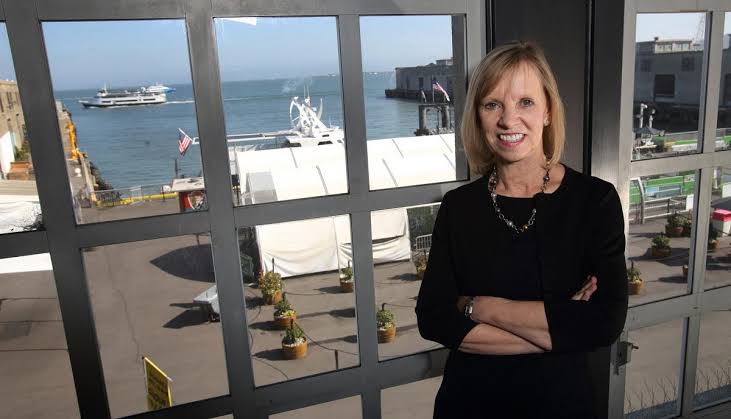 Ann Winblad, Bill Gates ex-girlfriend whom he meets every year is trending. Some people are curious to know the woman who gave Bill Gates the go ahead to propose to Melinda.

Below are 10 facts about Ann Winblad Nigerian women should know:

2. Born to father Wilbur Winblad and mother Elizabeth Stark, she and five other siblings grew up in Rushford and Farmington.

3. She is an American businesswoman. She is a founding partner of Hummer Winblad Venture Partners.

4. Winblad earned a Bachelor of Arts degree in Mathematics and in Business Administration from St. Catherine University. She earned her Masters Degree in Education from the University of St. Thomas, St. Paul, Minnesota.

5. She received the John F. Cade Award for outstanding entrepreneurship in 1997.

6. With her master’s degree, Ann Winblad joined the Federal Reserve where she worked for 13 months.

7. She met Bill Gates who is five years younger than her, at a Ben Rosen-Esther Dyson computer conference in 1984 and they dated until 1987.They have remained friends ever since.

9. In 2000, Ann Winblad was inducted into the Fortune Small Business Hall of Fame.

10. When Bill Gates was to marry Melinda,  he had an arrangement with her that he and Ann Winblad could keep one vacation tradition alive from their dating years.

Every spring, as they had done for over a decade, Gates would spend a long weekend with Winblad at her beach cottage on the Outer Banks of North Carolina, where they would ride dune buggies, hang-glide, walk on the beach, and share their thoughts about the world and themselves.