The secret to a longer life is to marry someone the same age, at least if you are a woman, researchers say.

Marrying an older man shortens a woman’s lifespan, but having a younger husband reduces it even more, the study found.

The findings, drawn from the medical records of two million Danish couples, suggest that the best a woman can do is marry a man of about the same age.

Health records have shown previously that men live longer if they have a younger wife, an effect researchers expected to see mirrored in women who married younger men.

But a study by Sven Drefahl at the Max Planck Institute for Demographic Research in Rosktock, Germany, shows that the greater the age gap between a woman and her husband, the shorter her life expectancy, regardless of whether he is older or younger.

According to Drefahl’s report in the journal Demography, a man who is between seven and nine years older than his wife has an 11% lower mortality rate than a man whose wife is the same age as him. 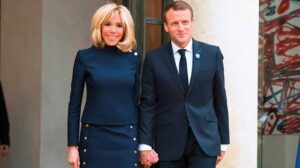 However, a woman who is between seven and nine years older than her husband has a 20% greater mortality rate than if she were with a man the same age.

Researchers used to think that healthier individuals were in a better position to choose younger spouses and so already had a longer life expectancy.

A younger spouse may also have a beneficial psychological effect on the older partner and provide them with better care in old age.

However, Drefahl’s study casts doubt on these ideas, since they do not hold for women marrying younger men.

“These theories now have to be reconsidered,” said Drefahl. “The reasons for mortality differences due to the age gap of the spouses remain unclear.”

Some explanation may lie in the quality of friendships men and women form throughout life. Women tend to have more close friendships outside marriage and so benefit less than men from having a partner.

“Unlike the benefits of a younger wife, a younger husband wouldn’t help extend the life of his older wife by taking care of her, going for a walk with her and enjoying late life together. She already has friends for that. The older man, however, doesn’t,” said Drefahl. 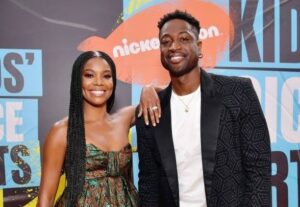 Women with much younger husbands may die younger on average because they experience more stress, Drefahl speculates.

While the relationship between a young man and an older woman is able to survive the test of time, it is likely to experience a decline in satisfaction, after, say, 6 to 10 years. This is because the couple has not really learned to cope with the challenges and negative shocks that life has to offer.

Older women can be attracted to younger men because they are in their peak physical condition and may have a full head of hair, strong muscles, and more sexual stamina.

They may feel that they are compromising by dating with a man who is their own age but looks at least a decade older.

What attracts a younger man to an older woman? Why some younger men are attracted to older women include their experience, confidence, assertiveness, and maturity.

What Nigerian women need to know about Endometrial (Uterine) Cancer

Julianne Moore says she got less consumed by her looks as…