Apfel’s creative endeavors have ranged from her career as a textile designer to working as an interior designer for the White House, and producing of her own jewelry and clothing lines.

Iris Apfel was awarded the Women Together Special Award of the Year at the 12th Annual Women Together Gala at the United Nations Headquarters in New York City, June 7, 2016. 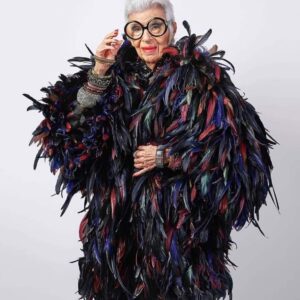 In November 2016, Apfel was awarded the Women’s Entrepreneurship Day Pioneer Award for her work in the fashion field at the United Nations in New York City.

Below are 20 things Nigerian women should know about Iris Apfel:

1. She was born Iris Barrel in Astoria, Queens, New York on August 29, 1921. She is the only child of Samuel Barrel, whose family owned a glass and mirror business, and his Russian-born wife, Sadye, who owned a fashion boutique. Both were Jewish. 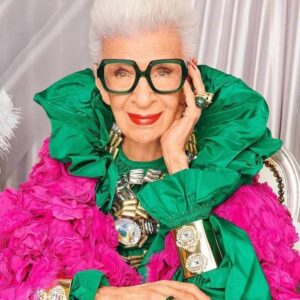 2. As a child, Iris Apfel  shopped at antique shops, starting her extraordinary collection of jewelry from around the world.

3. She studied Art History at New York University and attended art school at the University of Wisconsin. 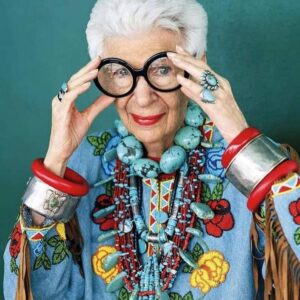 4. As a young woman, Iris Apfel worked as a copy girl for Women’s Wear Daily, earning $15 a week, and for interior designer Elinor Johnson, dressing apartments for resale and honing her talent for sourcing rare items. She also was an assistant to illustrator Robert Goodman. 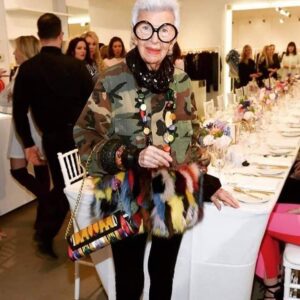 6. The Apfels specialized in fabric reproductions from the 17th, 18th and 19th centuries, and traveled to Europe twice a year in search of textiles they could not source in the United States. The business’s New York showroom was located at 115 East 57th Street in Manhattan.

7. Over her career, Iris Apfel took part in a variety of design restoration projects, including work at the White House for nine presidents: Truman, Eisenhower, Kennedy, Johnson, Nixon, Ford, Carter, Reagan and Clinton. 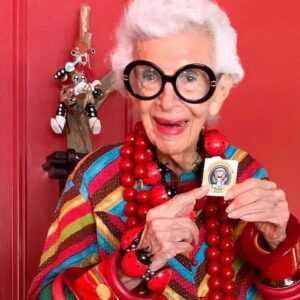 8. In 2011, Iris Apfel became a visiting professor at The University of Texas at Austin in its Division of Textiles and Apparel.

9. In retirement, Iris Apfel drew acclaim for a 2005 show at the Costume Institute at The Metropolitan Museum of Art featuring her collection of costume jewelry and styled with clothes on mannequins as she would wear it. 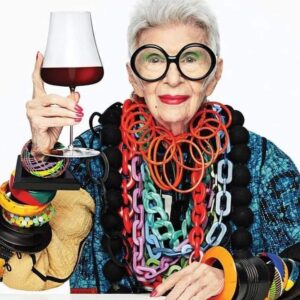 10. She has become a fashion icon, she signed to IMG in 2019 as a model at age 97 and featured in a 2014 documentary called Iris by Albert Maysles.

12. Apfel consults and lectures about style and other fashion topics. In 2013, she was listed as one of the fifty “Best-Dressed over 50” by The Guardian.

13. Apfel’s lunches and dinners typically consist of a white fish or other lean meat with lots of vegetables and fruit for dessert. She readily admits she has become a creature of habit when it comes to food, but one with high standards. “I never buy ground hamburger meat. 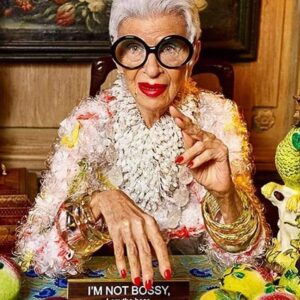 14. In 2016, she performed in a television commercial for the French car DS 3 and was the face of Australian brand Blue Illusion. In March 2016, Apfel announced a collaboration with technology startup WiseWear on an upcoming line of Smart Jewelry.

15. In 2018 she published a biography with HarperCollins entitled Iris Apfel: Accidental Icon.

16. In 2019, at the age of 97, she signed a modeling contract with global agency IMG. Seeing she was frequently sought out for appearances, Tommy Hilfiger encouraged her to sign with formal representation.

17. The Museum of Lifestyle & Fashion History in Boynton Beach, Florida, is designing a building that will house a dedicated gallery of Apfel’s clothes, accessories, and furnishings. 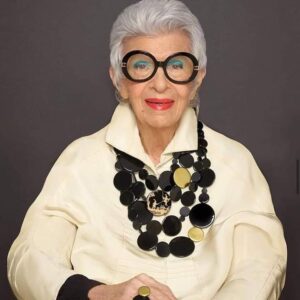 18. Apfel is the star of a documentary by Albert Maysles called Iris. It premiered at the New York Film Festival in October 2014, and was subsequently acquired by Magnolia Pictures for US theatrical distribution in 2015.

19. In 2018, Mattel created a Barbie doll in Apfel’s image, making her the oldest person to ever have a Barbie made in her image and the recipient of the highest honor the Barbie brand bestows. The Barbie, released in conjunction with Apfel’s book, was not for sale, but Mattel also made two “Styled by Iris Apfel” Barbie dolls that were commercially available. 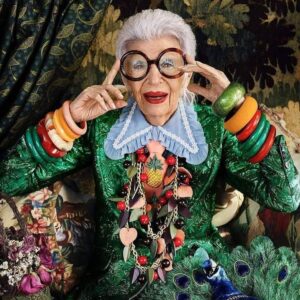 20. When she was married, Iris and her husband did not have children, partly because of the amount of travel their work necessitated: she did not want children to be raised by a nanny. 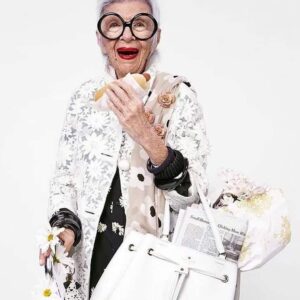 #BBNaija: Tega speaks on her husband not wanting their marriage after she is out of the Big Brother house