BBNaija star, Liquorose reacts after being dragged for rocking see-through dress to an event

Big Brother Naija star, Liquorose has reacted to the heavy criticism she received on social media over the see through outfit she rocked to an event recently.

Recall that the reality TV star came under fire over her choice of outfit to a dinner party on Thursday evening, themed ‘Tecno x BBN party,’ hosted by the mobile phone brand.

A number of social media users berated her, stating that the dress which had her looking virtually naked was unnecessary and unbefitting for the event. 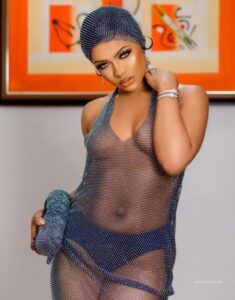 However, the Big Brother Naija season 6 first runner up has now reacted to the backlash in a recent post on her official Twitter page.

In other news, Liquorose has opened up on why she participated in the reality show.

Liquorose whose real name is a Roseline Afija is a professional dancer and has made a name for herself through her craft before she went into the Big Brother Naija house.

She had over 500k Instagram followers before she was unveiled as one of the housemates for the just concluded season, little wonder housemates and even viewers of the reality show thought she was one of the wildcards. 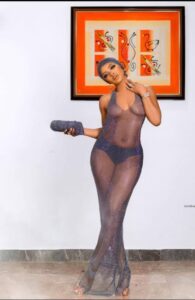 In a recent interview with Abisola Alawode of Legit, the reality star confirmed that she was quite popular before the show, had 700k Instagram followers but she was broke.

According to her, seeking financial stability was what motivated her to be on the show.

“I had financial issues. I needed financial stability in my life. People don’t see that, people don’t know that. They just see that ‘oh‘ she has over 700k followers, what’s she going to look for in the Big Brother Naija house?” she said.

Liquorose was born Roseline Omokhoa Afije on March 31 1995. She is a Nigerian content creator, actor, TV reality star and a professional dancer. She is the first runner up of Big Brother Naija Season 6.

Mother and son arrested for allegedly killing their neighbor in Ogun

Visit to VP: ”You don’t need to apologize to…

Alicia Keys Reacts to Janet Jackson Admitting to Having a…

Sometimes, being good to people can really be exhausting…