Health benefits of Mugwort, uses and side effects

Mugwort is a plant that grows in Asia, North America, and Northern Europe. The plant parts that grow above the ground and the root are used to make medicine.

Below are 10 health benefits of Mugwort:

1. People take mugwort root as a “tonic” and to boost energy.

2. Some people also take the rest of the plant for stomach and intestinal conditions including colic, diarrhea, constipation, cramps, weak digestion, worm infestations, and persistent vomiting.

3. It is also used to stimulate gastric juice and bile secretion.

4. It is also used as a liver tonic; to promote circulation; and as a sedative. 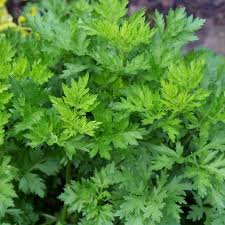 5. It is used in the treatment of hysteria, epilepsy, and convulsions in children.

7. In combination with other ingredients, the root is used for mental problems (psychoneuroses), ongoing fatigue and depression (neurasthenia), depression, preoccupation with illness (hypochondria).

8. The herb is also used to treat general irritability, and restlessness.

9. If you have trouble sleeping (insomnia) or anxiety, this herb can help you sleep and stay calm.

10. Some people apply mugwort lotion directly to the skin to relieve itchiness caused by burn scars. 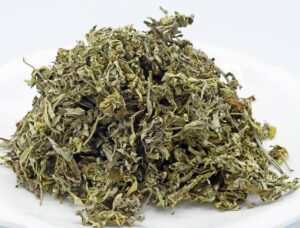 Historically, experts have associated this herb with pregnancy loss and strongly recommend that pregnant women avoid mugwort so as to minimize the risk of miscarriage.

Also, one 2020 study found significant toxic components in moxibustion smoke that might have negative effects on the liver, kidneys, and heart.

It is a supportive herb for menstruation, digestion and bloating. Mugwort tea is wonderful for people experiencing insomnia, stress, digestive issues, weak immunity, or cramping, but it should be avoided by people who are in early stages of pregnancy. So, it is safe to drink Mugwort tea. 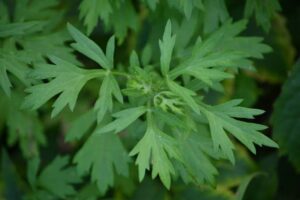 Mugwort can be made into a tea by adding 1.5 teaspoons of mugwort leaves to a cup of boiling water, steeping for 10 minutes then straining off the leaves and serving. The roots of mugwort are used to make a tonic said to boost energy. This is how to use Mugwort safely.

You can bath in Mugwort. Mugwort has been used for centuries in Korea for medicinal purposes to relieve pain, boost circulation, and regulate the menstrual cycle. As a bath, it also helps relieve tired limbs, rheumatism and gout.

As a tonic, Mugwort is highly sought after for its affinity for the female reproductive system. It dispels cold and dampness in the womb, and is commonly used as a uterine stimulant that can both bring on delayed menstruation and aid in the balance and support of a regular menstrual cycle.

Star Anise: Everything you need to know about this super spice

Ladies, take time to find out what a man wants from you

Stop dictating to people how to spend their money -Toke…