Tiffany Haddish was arrested for a DUI after allegedly falling asleep behind the wheel of a vehicle, Us Weekly confirms.

Police took the actress, 42, into custody in Georgia in the early hours of Friday, January 14. Authorities responded to a call about a driver who was asleep at the wheel and had a description of Haddish’s vehicle.

The comedian was released on Friday after posting $1,666 bond, according to TMZ. 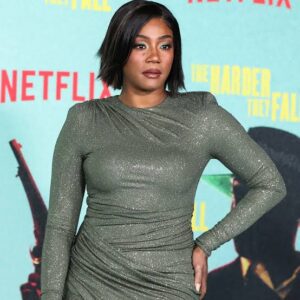 Haddish previously made headlines in November 2021 for her split from boyfriend Common after one year of dating. Prior to their breakup, she gushed about the Oscar winner’s positive impact on her life.

“I’ve lost 20 pounds since I’ve been in this relationship. I feel more confident in me, and it’s not him that’s doing it,” she said during a July 2020 episode of the “Wild Ride! With Steve-O” podcast.” 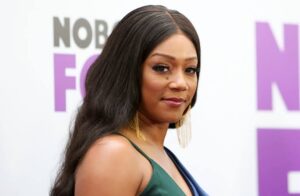 “I’m just way happier and it’s, like, knowing I got somebody that cares about me, that really has my back. It seems like he does anyways. And I love it. I love him.”

The 49-year-old star, for his part, caught heat after he claimed in December 2021 that he and Haddish “came to an understanding” about putting their careers first.

“Neither one of us is gonna stop,” Common explained on Hollywood Unlocked With Jason Lee: Uncensored at the time. “We both care about our crafts and what we do. We care about love too and partnership, but I think the energy that has been put into our careers and continuing to want to do the things that we do for ourselves and for the people, it was hard for me to balance all of that and keep the relationship fed.” 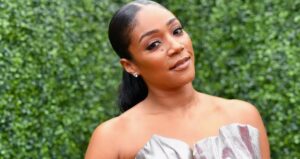 The Girls Trip star has also been open about her desire to adopt a child but exclusively told Us in November 2021 that her plans were on hold.

“I had to put a pause on that [adoption] process because my business has picked up, and I feel when you take a child [in], you really need to be able to focus on them,” she revealed at the time.

This woman’s payback game is tight

Men, are you sure your children belong to you?