Just days after Julia Fox met Ye, the rapper formerly known as Kanye West, her “old clothes” were packed up into boxes, she told Interview Magazine in an article published on Saturday.

Fox, an actress who began a relationship with Ye after they met in Miami on New Year’s Eve, opened up about undertaking a “transformation” since their first encounter. 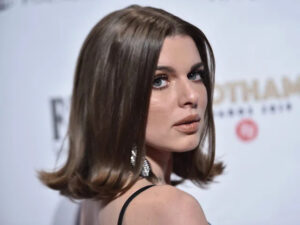 “I was like making that very conscious decision to really put everything in the box,” she added. “To let go of the past.”

“For someone like me who’s such a control freak and always so used to taking care of myself, to just let go and be taken care of is foreign at this point in life,” she said.

“It was the most instant natural organic attraction and connection. I just feel really safe with him. It’s a redemption story.” 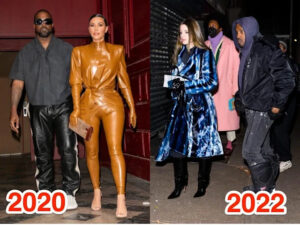 Her experience with the rapper bears similarity to what his estranged wife, Kim Kardashian West, said she went through with Ye when they first started dating in 2012.

In a 2018 W Magazine interview, Kardashian West — who filed for divorce from the rapper in February 2021 — spoke about how she thought she “had really good style” until she met Ye, who told her she had “the worst style.”

“He was really nice about it and cleaned out my whole closet,” she said. But despite saying she “wanted to learn” from him at the time, Kardashian West also said she was reduced to tears in the process.

“I probably had 250 pairs of shoes and when we were done cleaning it out, I had two pairs left and I cried,” she added.

Househelp who fled with her madam’s son in Lagos…

Lady dies three weeks after her sister perished in the Ikoyi…