The trailer for Showtime’s highly anticipated series “The First Lady” made its debut last week.

Starring Academy Award-winning actress Viola Davis as Michelle Obama, the Aaron Cooley-created drama series will offer a “revelatory reframing of American leadership through the lens of the First Ladies, delving deep into their personal and political lives,” according to Showtime.

“In the East Wing of the White House, many of history’s most impactful and world-changing decisions have been hidden from view, made by America’s charismatic, complex and dynamic first ladies,” IMDB detailed in its description of the show. 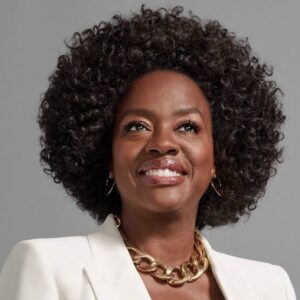 Viola gives a spirited impression of Michelle Obama in the trailer with tidbits of the new show depicting the United States’ only Black First Lady dealing with the complexities of writing her own narrative during her time in the White House.

“They wanna make me into a Black Martha Stewart?” Davis says in the role of Michelle, adding, “I will pick my team [and] choose my causes. Understood?”

In another clip teased from the show, Davis depicts Michelle having a one-on-one moment with Barack in which she tells him: “In four years, I don’t want to look back and think, ‘What did I become living in that house?’” 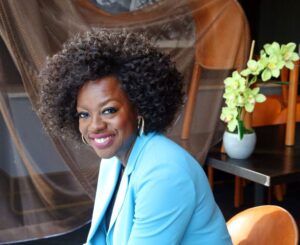 Viola Davis is an American actress and producer. The recipient of an Academy Award, a Primetime Emmy Award, and two Tony Awards, she is the first African-American to achieve the Triple Crown of Acting. Time magazine named her one of the 100 most influential people in the world in 2012 and 2017.

In 2014, Davis began playing lawyer Annalise Keating in the ABC television drama series How to Get Away with Murder, and in 2015, she became the first Black woman to win the Primetime Emmy Award for Outstanding Lead Actress in a Drama Series.

King Hedley II (2001) made Viola Davis famous. Now widely considered one of the foremost interpreters of the works of playwright August Wilson, it’s fitting that Davis’s breakthrough acting role was as Tonya, the wife of an ex-con trying to rebuild his life, in King Hedley II, the ninth play from Wilson’s Pittsburgh Cycle series.

Dr. Sarah Gray is the most colourful doctor in the world

Western wedding traditions sideline the mother of the bride…

Nigerian women should learn how to approach relationship and…