Visit to VP: ”You don’t need to apologize to anyone”, Aisha Yesufu writes Taaooma

Nigerian Activist, Aisha Yesufu, has asked skit maker, Apaokagi Maryam, better known as Taaooma, not to apologize for her visit to Vice President Yemi Osinbajo at the state house.

Taaooma and some skit makers during the week were at the statehouse on a courtesy visit to the Vice President. Their visit generated many reactions.

Most Nigerian youths felt they shouldn’t have accepted the invitation from the Vice President. Activist Rinu even went on Twitter to drag Taaooma over the visit. 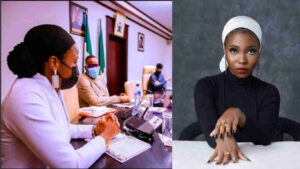 Taaooma afterwards tendered a public apology. She mentioned that she was able to discuss the issues Nigerian youths would want to speak about to the government during the visit.

Activist Aisha Yesufu has now weighed in. She stated that Taaooma shouldn’t apologize if her intentions for the visit were right.

You do not need to apologize to anyone! You did not do anything wrong by having a meeting with the VP.

There are different ways of achieving something. It is never one way and it is okay whatever way one chooses.

Intentions are what count and you know yours. 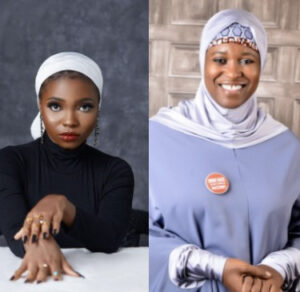 Remember the Prophet (SAW) said Actions are judged according to intentions and that is all that matters.

Have you ever seen politicians fighting themselves when any of them associate with you?

Stop majoring in the minor. Focus on the work ahead. Get 50% youth into the legislative arm of government and begin to call the shots.” 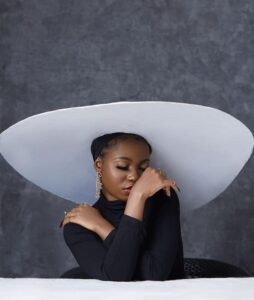 Instagram comedienne Taaooma earlier explained why she joined other skit makers to visit Vice President Yemi Osinbajo at the state house days ago.

Reacting to a tweet in which activist, Rinu Oduala accused the skit makers of acting like they went to talk on behalf of Nigerian youths, Taaooma disclosed that she cancelled at first but had a rethink later to join the visit which is centered towards publicity for an award.

The comedienne who revealed that their phones and other electronic device were taken before being granted audience by the Vice President, stated that Osinbajo was shocked when she started talking about some issues.

Insisting that she achieved her aim, she also apologized to those who are offended with the visit.

Secrets my partner must never know